Acasă » Renewables » solar » PATRES, appeal to the authorities: Unlock the program dedicated to prosumers, modify the Guide for Electric Up!

PATRES, appeal to the authorities: Unlock the program dedicated to prosumers, modify the Guide for Electric Up! 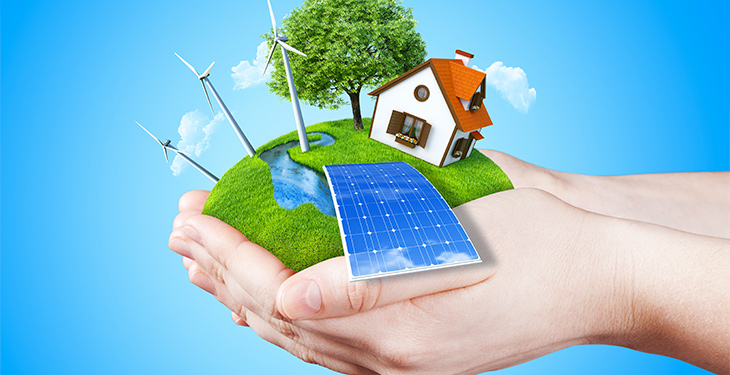 The Electric Up Project financing guide disadvantages the HORECA sector and SMEs, while the program dedicated to prosumers, Casa Verde, managed to solve only 7 cases after more than two years of operation.

The Casa Verde Fotovoltaice program “is non-functional due to poor management of AFM”, and ElectricUp “disadvantages the HORECA sector and SMEs” with low consumption, says the Employers’ Organization of Renewable Energy Producers in Romania – PATRES.

“Only 7 photovoltaic panel systems have been financed by AFM two years after the start of the program. More than half of the files submitted were rejected, with reasons that, in most cases, are unreasonable and attributable to citizens. Unacceptably large delays are attributed by the AFM to the correctness of the documents and the workload of the institution’s employees. As we have already noticed, it is a mockery of the citizens and the installers. The idea of prosumer in Romania is systematically discouraged and we do not understand why the authorities allow it,” says Viorel Lefter, President of PATRES.

On the other hand, PATRES welcomes the proposal to extend the implementation period of the projects by 4 months in the context of the pandemic, the unfavorable weather related to the cold season, but also the possible delays in the specific procedures for obtaining technical approval notices and other necessary documents, due to the large number of applications.

“There are still many issues to be clarified, we have submitted our observations, we are waiting for the final form of the new Financing Guide for the Program on the installation of photovoltaic panel systems for electricity production, to cover consumption needs and deliver surplus to the national grid,” he said. Mr. Viorel Lefter.

Regarding the ElectricUp project, PATRES expresses its hope that, following the observations and recommendations submitted during the public consultation process, the Financing Guide will be amended to address the economic entities for which it was created and the program can be implemented with success until 2027.

“We cannot fail to notice that the same mistakes encountered in the program managed by AFM are being made. We have sent a document with over 25 pages of comments and recommendations to the draft financing guide “ElectricUp” for small and medium enterprises and the HORECA field, in order to clarify certain practical and technical aspects that were not taken into account,” says the president of PATRES.

”The Employers’ Organization of Renewable Energy Producers in Romania – PATRES makes a public appeal to the Ministers of Environment and Energy, to ensure the proper functioning of the two national programs. We request the intervention of Mr. Barna Tánczos, Minister of Environment, Waters and Forests, to order urgent measures for the Administration of the Environment Fund to unblock the Green House Photovoltaic program as soon as possible and to reconsider the thousands of rejected files for reasons that are unreasonable and imputable to citizens who wanted to become prosumers, but who have been excluded from this program. We also address to Mr. Virgil Popescu, Minister of Energy, with the request to take into account our observations and recommendations for the ElectricUp program to achieve its purpose for which it was created,” PATRES officials said.

previousSMEs want to create their own energy supplier and are asking for state aid to pay their bills
nextV. Popescu: “I would not send 6 mln. people to change their contracts in a month”