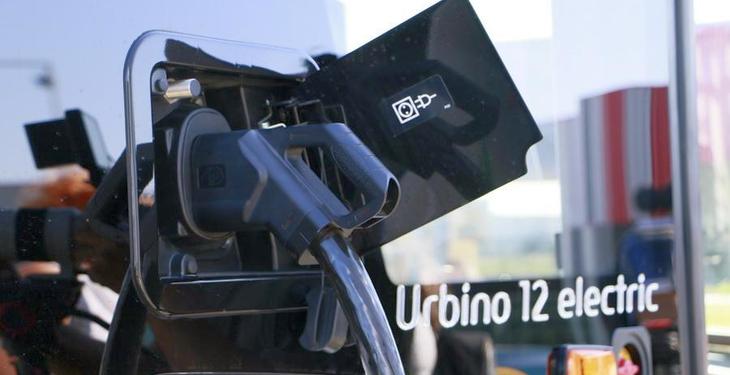 In order to reduce pollution in the city, Oradea City Hall is preparing the purchase of several dozen electric or hydrogen-powered buses, announced city manager Mihai Jurca. In a practical demonstration made at the end of last week, a 100% Solaris electric bus, now under testing in Oradea, was charged at an electric station produced by the Nidec company, located in the I Industrial Park.

“Nidec company produces equipment that can be charged from a normal electricity connection, precisely because next to the company’s headquarters there is a module equipped with batteries that accumulate energy and charge it to the maximum power that the vehicle can receive. Therefore, if we think about making a network of chargers in the city, they will no longer involve investments in cables, in transformation stations, and this greatly reduces investment costs”, said Mihai Jurca, quoted by Transilvania Business. The local officials talked about a partnership between Oradea City Hall and the Nidec Oradea company from Industrial Park I, which will provide the infrastructure for an electric public transportation network in the next period. Now located in the company’s parking lot, the super-fast charging station could be installed at the end of the bus lines, specified the Nidec manager, Danilo Firpo, quoted by ebihoreanul.ro. In a demonstration for journalists, in about 40 minutes, the Solaris bus went from 43% to 79% charging.

“Other producers will also come. The goal was to understand very clearly the needs of green transport, to understand all the components so that when there will be financing opportunities we can access them efficiently”, explained Jurca, quoted by ebihoreanul.ro.

At the end of this year, Oradea could be the first city in Romania to test a hydrogen-powered bus in public transport; this also has an electric motor, but it is powered by gas produced by water electrolysis. “The advantage is that the batteries can be much smaller,” explained Solaris sales manager Ovidiu Borcea, the company that will bring the hydrogen bus to Oradea.

The director of Oradea Local Transport (OTL), Viorel Pop, said that the company’s ambition is to buy both electric and hydrogen-powered buses. “Oradea is considering the modernization of the bus fleet, by switching to electric and hydrogen buses. Rather soon, we will have 40-50 such units, so that Oradea becomes as close as possible to a green city. Together with the City Hall, we will make all needed efforts to get there”, said Pop, quoted by ebihoreanul.ro.

Currently, the OTL fleet has 107 buses, the oldest being produced in 2004, while the newest are 24 hybrid vehicles.