Acasă » Electricity » Nuclear » Nuclearelectrica and NuScale Power have signed the agreement for SMR; the technology meets the environmental requirements – Romatom

Nuclearelectrica and NuScale Power have signed the agreement for SMR; the technology meets the environmental requirements – Romatom 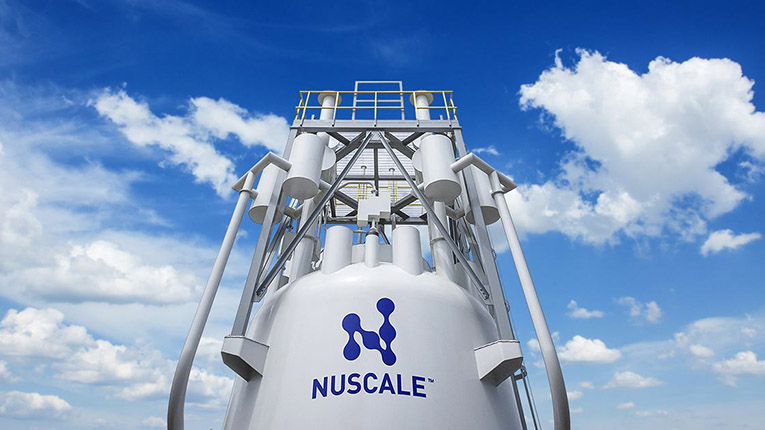 Nuclearelectrica CEO Cosmin Ghita and NuScale Power President and CEO John Hopkins signed official agreement documents in Glasgow on Thursday under which the two companies will work together to build a small modular nuclear reactor (SMR) in Romania. At the same time, Romatom appreciates that the technology “meets the environmental requirements”.

The signing of the documents took place after the US Administration announced on Tuesday that the American company NuScale Power will build a small modular nuclear reactor in Romania.

According to Nuclearelectrica and the interim Minister of Energy, Virgil Popescu, NuScale Power is the only company that has received the approval of the US Nuclear Regulatory Commission for the design and development of a small modular reactor, an essential step in building and implementing SMR technology.

Romatom, the association of the nuclear industry in Romania that includes 44 companies and associations, considers as beneficial the positioning of Romania in the forefront of countries that will implement the technology of small modular reactors – SMR as a solution to ensure internal consumption, energy independence, thus capitalizing the operating experience gained in the nuclear field, as well as the technological capabilities and expertise of the local industry.

“The transition to a climate-neutral economy by 2050 with an acceleration of targets by 2030 puts significant pressure on the energy production sector, which is responsible for about 75% of total greenhouse gas emissions. The social and economic effects will become increasingly visible and for this reason a comprehensive approach to all low carbon sources and an intensification of innovation is needed. SMR technology meets the requirements of environmental and long-term sustainability and is technically and economically efficient. For large-scale development, which will lead to standardization and further reduction of construction and operating costs, it is necessary to take concrete action today. In the context of the gradual decrease of the energy contribution based on fossil fuels, SMR will represent a solution for the reuse of some obsolete industrial assets and the reintegration in the labor field of the personnel affected by the energy transition,” said Lucian Rusu, Romatom president.