Nicolae Vlăduț: Transelectrica is making efforts to connect new capacities to the system 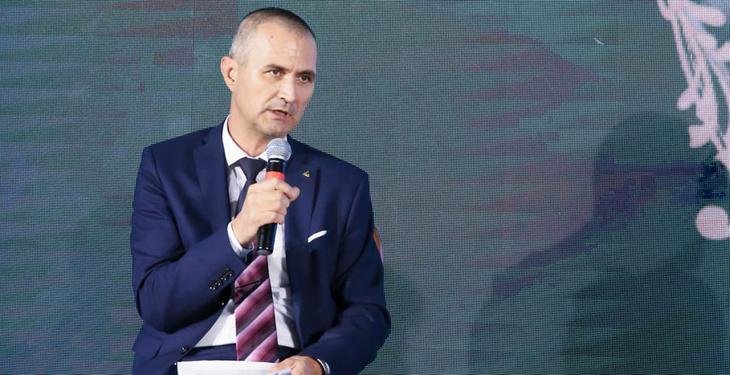 The transmission system operator makes efforts to allow the connection of the new capacities to the system, says Nicolae Vlăduț, director of the Technical, Energy Efficiency and New Technologies Department within Transelectrica. Specifically, Transelectrica is working to develop the network in such a way as to ensure the possibility to take over power from areas with excess energy production and move it to deficient areas, said Nicolae Vlăduț, during the 7th edition of the Energy Strategy Summit, an event organized by Energynomics.

”Romania has committed to increasing energy production in wind farms by 2030 from 3,030 MW at present, to 5,255 MW, and for photovoltaics, from 1,832 MW to 5,054 MW. There are many projects for the wind area, but especially in the Dobrogea area, and it is very possible to reach these targets. There are fewer projects in the photovoltaic area and, for now, there are not many who want to make investments in this area. In order to ensure the evacuation of energy from the Dobrogea area – one with a surplus in electricity production, Transelectrica must come up with new projects. In this respect, it has several ongoing projects – and I would mention the Cernavodă-Stâlpu 400 kV Line, which obtained the second European funding and also has an impact on increasing the interconnection capacity on the border with Bulgaria. Another project is the 400 kV Smârdan-Gutinaș Line, a project of common interest on the EC list, based on European funding, too. These are ongoing projects that will ensure, at least for the next period, the evacuation of energy from this area, including for the future 3rd Group of the nuclear power plant”, he added.

Transelectrica has a new investment program, for the period 2020-2029, which also provides investments in the western part of the country, where it has a new 400 kV line at the Porțile de Fier-Reșița.

Investments with an impact on the hydropower segment include the Arefu 400 kV substation (for Vidraru power plant), the Ostrovu Mare 220kV substation (Porțile de Fier 2-Cetate) and the restoration of the conductors of the Stejaru-Fântânele 200kV line (for Stejaru HPP). ”These projects solve the problem for 2020-2029, but for the periods after 2030, Transelectrica has proposed to carry out other studies for the re-conduction of some lines or the implementation of a DC power line to evacuate energy from the Dobrogea area. The studies are contracted and depending on the results, new projects will be introduced in the investment program”, Nicolae Vlăduț also said. He also referred to a double premiere for Transelectrica: a new fully digital power station in Alba Iulia and a laboratory for testing new technologies at the Polytechnic University of Bucharest.