Acasă » Oil&Gas » Consumers » MOL Plugee charges the energy consumed and the type of charger, not the charging time for e-cars

MOL Plugee charges the energy consumed and the type of charger, not the charging time for e-cars 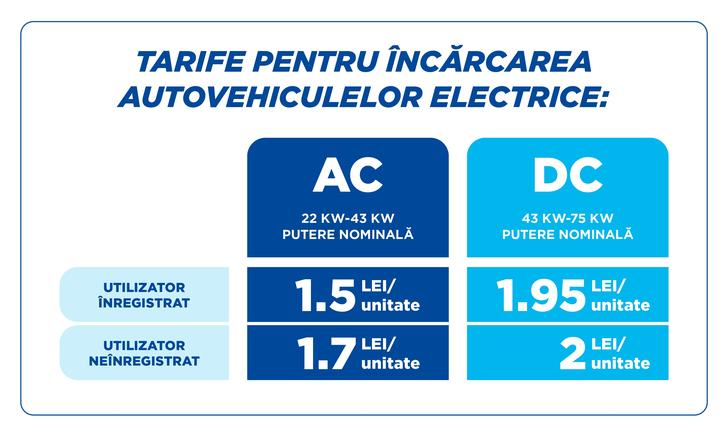 The MOL Group has announced the launch of the MOL Plugee application, which promises electric vehicle users a simple and fast e-charging experience at competitive prices. The application allows a new type of payment solution, which takes into account the electricity absorption capacity of vehicles.

Through the MOL Plugee app, charging will be made according to the amount of energy consumed (lei/kWh), the type of charger (AC/DC) and, to a lesser extent, to the charging time (lei/unit). Once the MOL Plugee application is launched, the fixed charge for charging sessions will no longer be applicable.

Developed by the MOL Group, the application was created by Driivz, a global software company for charging electric vehicles. The MOL Plugee app is available for Android and iOS devices and can be downloaded from the App Store and Google Play. Registration in the application is free, and the tariffs for the use of electric chargers can be consulted below.

In February, the MOL Group updated its long-term strategy, 2030+ Shape Tomorrow, which is now fully integrated with a new direction for sustainability. The new strategy includes MOL’s vision for the next ten years, according to which filling stations will become integrated service stations for people on the move – regardless of the means of transport they choose to travel with and regardless of the services they require: purchasing fresh products, coffee break or charging electric vehicles. Being in the midst of a transformational process, the company aims to continuously innovate and become the first choice of consumers.

MOL aims to build one of the largest networks of service stations in Romania. “Based on the agreement with CNAIR, recently signed, the 14 service stations, which will be opened on the Nădlac – Sibiu (A1), Pitești – Bucharest (A1) and Cernavoda – Constanța (A2) highways, will benefit from e-charging stations for vehicles”, said Camelia Ene, CEO & Country Chairman of MOL Romania.

A network of six countries (Hungary, the Czech Republic, Romania, Slovakia, Slovenia and Croatia) will become interoperable due to the roaming service, with the launch of MOL Plugee. The MOL Group currently operates 168 charging stations in six countries in the region, of which 79 are in Hungary. In Romania, 23 charging stations are available in MOL service stations. At the regional level, by the end of 2021, the number of chargers will reach 200.

Under the NEXT-E program, co-financed by the European Union, the project consortium will have a total of 252 chargers in six countries (Czech Republic, Slovakia, Slovenia, Croatia, Hungary and Romania), installed at a distance of 70-80 km from each other by MOL and its strategic partners (E.ON, HEP, Petrol, BMW, Nissan).