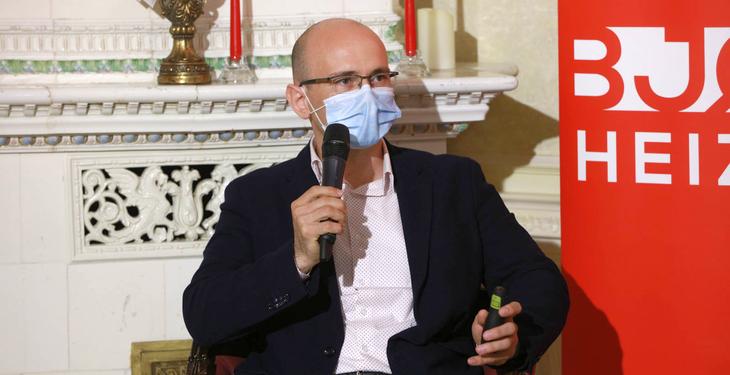 ACE Industrial Software is a distributor in Romania for Aveva, one of the world leaders in the industrial software area, with over 6.500 employees. “Aveva is one of the companies that invest a lot in R&D because it is aware that you cannot be connected to new technologies without very serious investments. Aveva believes very much in her partners. We are also working as distributors with many local integrators and we support them,” said Liviu Drăgoi, ACE Industrial Software, at the “Smart cities – efficient buildings, green infrastructure, digitalization” conference, organized by Energynomics.

The smart city has emerged as a response to a considerable number of needs, with the number of people living in urban areas growing exponentially. In addition, the age profile has changed, as has the labour force profile.

“We are increasingly focused on issues such as safety and security, and privacy is also very important. New technologies such as cloud, IoT, big data, machine learning are the engines of a smart city. A smart city seeks to reduce congestion, optimize traffic, increase the use of public transport, energy efficiency. Also, the space available in the city is smaller and targets and investments need to be prioritized according to city needs. Through the solutions we propose we get the necessary data aggregated in a single, centralized system, to be analyzed by the responsible people,” Liviu Drăgoi said.

“The data should be managed by a city manager for a longer duration, not just an electoral cycle,” he added.

The system provides information from multiple areas, such as lighting, traffic, water. This allows resources to be managed remotely. “It is extremely important that the data get in the same place and be available for access, the legislation to allow this,” Liviu Drăgoi added. Often, data cannot be compatible, their systems are older, or provided by different vendors.

“I urge the authorities to use competent integrators – competent local entities and large integrators who cannot afford to spoil their reputation in a project.”

previousCătălin Stancu: The European Green Deal puts hydrogen in the foreground
nextGovernment has extended the period for the salary coverage of the miners from the Jiu Valley