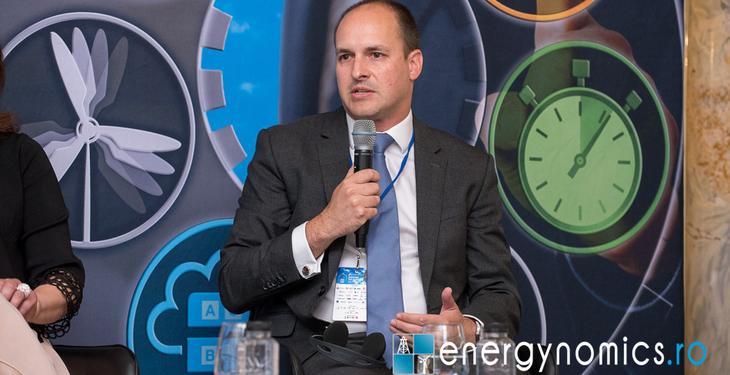 Romania has been blessed with an abundance of natural resources – gas, oil, hydro and also enough sunshine and wind, so is exceptionally well positioned to ensure the sustainability and self-sufficiency of its own energy production, distribution and supply, and furthermore has the potential of developing these resources and becoming a key player in the European market, Johan Meyer, CEO Franklin Templeton Investments & Fund Manager, Fondul Proprietatea, told at the 2019 Energy Strategy Summit, an event organized by energynomics.ro.

”Financial or strategic investors would require two major aspects to be able to invest and develop projects in Romania. The first is regulatory and legislative stability. We heard the discussions on GEO 114, and it doesn’t matter how well intended was – we say that the road to hell is paved with good intentions. In fact, legislation and regulation that is introduced in unexpected and clumsy way distorts the market. What we see is not vulnerable consumers being protected, but in fact we have seen quite an increase in dependence on imported electricity and gas, at higher prices that we are able to produce locally. Thus, at the moment the prices have been capped, so the cost is passed to industry, that raises prices for its products and services. Ultimately, the price is felt by the end consumer, through inflation,” said Meyer.

Regarding the return to the regulated electricity market, there are still uncertainties about what will happen over the next two years, as the regulation required that 65% of the energy is supplied at a return of just about 5%. ”The argument here is that these companies have become significant contributors to the state budget, via taxes and also dividends and special dividends. With the distortion of the normal way for the companies to generate returns, it may very well be that the revenue to the state budget might as well disappear. Again, it shifts the burden to other consumers. It’s a zero sum game”.

Franklin Templeton fought for many years for the implementation of corporate governance in Romania and not only. “Proper corporate governance standards ensure that investors have sufficient transparence and predictability in the way that the companies, state of private, will be managed over the long term. Unfortunately, here we had an environment where the management and supervisory boards of the companies have been subjected to limited term mandates of up to four months, which does not put the managers in a position to elaborate long term projects for the future development of energy resources.”

However, recently Nuclearelectrica and Hidroelectrica have run their selection processes in accordance to the corporate governance legislation. “It’s a step in the right direction, but it is clearly something to be followed through on, to ensure that supervisory board and management teams will be around to make decisions and be hold accountable for the investment performance in their portfolios.”

Romania could become an extremely attractive destination for foreign investments, if it repeals GEO 114 and implement a proper corporate governance, Meyer said.

Hidroelectrica is valued at 5 billion USD

At the same time, the capital market operates below its potential, and the listing of companies such as Hidroelectrica may grow the trades and market capitalization.

“FP valuates Hidroelectrica at 5 billion USD, and this is a conservative valuation, but with its listing, significant flows can come to the country,” Meyer says.

previousRomgaz: World market game is changing, green energy and diversification become more and more important
nextBCR has an exposure of 750 million euro in the energy sector