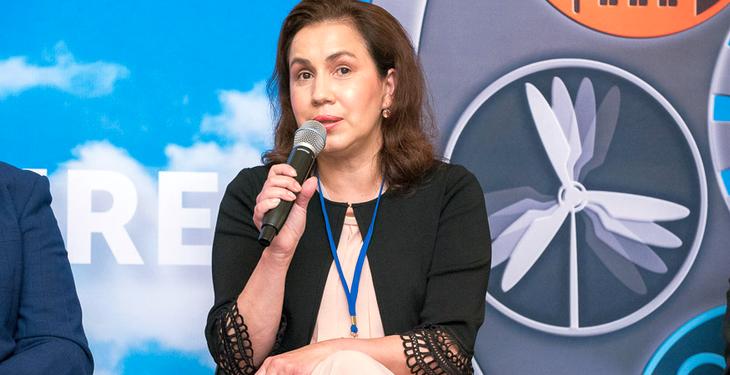 The world energy system is currently in a permanent dynamic. Reserves are controlled through strategies, but the price paid by nations that cannot secure their energy security is uncontrolled, said Argentina Tătaru, Mediaş Branch Director, Romgaz, at the 2019 Energy Strategy Summit, an event organized by energynomics.ro.

“When we talk about energy strategy, it will probably never have an exhaustive approach,” Tătaru says.

But the game on the world market is changing, as green energy is becoming more and more important. “Probably the players will change. World rankings will be changed on certain types of energy. The conclusion is that governments and companies have to move towards diversity. Those who will have long-term strategies and make real-time investment believe they will secure their reserves, as well as the costs that the population and economic agents will pay later,” says the Romgaz director.

Bonding between geopolitical contexts – legislation, development strategies, more or less competitive markets, the protection of vulnerable consumers – the Romanian energy system is trying to become more visible in terms of strategy and diplomacy.

“In this context, Romgaz remains the largest local gas producer with a 45.98% share of deliveries in Romania’s total consumption and is trying to diversify for several years, including entering the electricity market.”

The prioritary strategic objectives for Romgaz are pursuing several lines. From the gas production perspective, the production of Caragele is being doubled, from 1 million to nearly 2 million cubic meters per day, by putting into operation the wells that are being preserved, but also through new drilling.

Thus, the storage capacity of Romgaz will increase from 2.7 billion to 3.4 billion cubic meters.

“It is complicated to choose new deposits that will turn into underground deposits. There was a deposit which we gave up due to the tightness and the parameters were not the most appropriate … It is not at all simple. We need relatively large deposits with a sufficient well gauge, with an attractive permeable porous, generous for storage, and the most important element – which is very hard to find – the tightness of the tank.”

Romgaz tried to diversify and become an important player in the electricity market. The production of the Iernut plant, although it has an installed capacity of 600 MW, has an extremely low yield of 39%. “At present an investment of about 300 million euros is being carried out in a new plant, with 430 MW, with a yield of 55-56%. This means less natural gas consumption, but also the reduction of noxes,” Tataru said.

Expansion into the electricity market includes a new plant at Mintia, now under feasibility study. The plant will be similar to that of Iernut, with an installed capacity of 400-500 MW and a yield of 50-56%.

“I believe that in an institutional and legislative framework, transparent, connected to competitiveness and to attracting and stimulating investments, Romanian companies will dare more in the future”, concluded Tătaru.