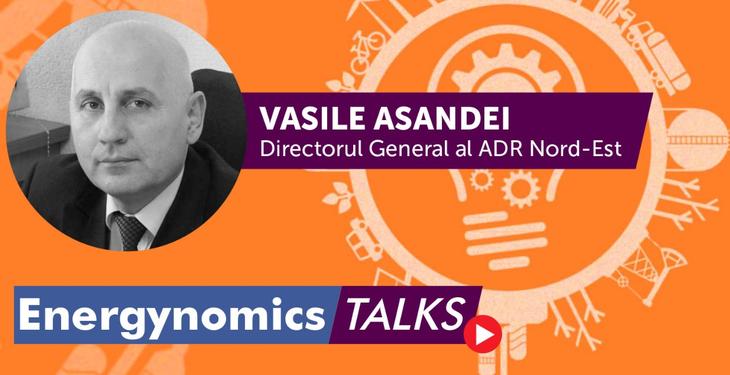 The 2021-2027 period will be dominated by two main priorities from the perspective of European policies and budgets: economic development and competitiveness, on the one hand, and green energy, including energy efficiency, on the other. “The funds available for infrastructure are reduced”, said Vasile Asandei, General Manager of the North-East Regional Development Agency, at EnergynomicsTalks. “We will need to seize the opportunity to invest massively in sectors that are important at European level. It is important to build streets, both in the cities and between them; but more importantly is that at the end of each street there is a factory or other form of income producer,” he stressed.

The Regional Development agencies will be managing authority for future European funds under the Regional Operational Program 2021-2027. In the case of ADR North-East, it is expected to administer about 1,77 billion euros in the next financial interval, compared to about 1,1 billion euros, corresponding to the years 2014 to 2020.

The 2021 will be the year of preparation for the new European financial interval. “We expect that at the end of the year we will have the European budget approved, the regulations in force and the regional operational program approved and signed. In parallel, we are preparing the management and control system to be audited and accredited”, said Vasile Asandei.

The Regional Operational Program might suffer some changes in the coming months, mainly to respond to other European or national strategies that might be changed. It depends mainly on the structure and objectives to be set out in the National Recovery and Resilience Plan.

previousDrowned in comments, European Commission postponed green finance rules
nextEurohold has received the approval of the Bulgarian energy authority for the acquisition of CEZ