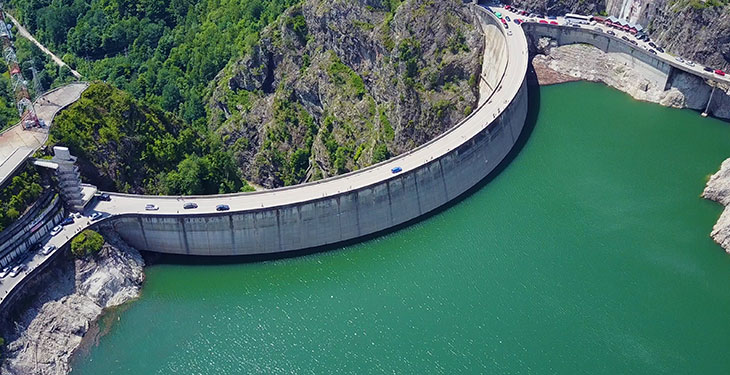 Fondul Proprietatea, which owns about 20% of Hidroelectrica, expressed its concern regarding the potential adverse impact on Hidroelectrica of the increased water tax the company should pay to the National Agency Apele Romane (ANAR), according to Law Project PL-x 97/2021 for the approval of Government Emergency Ordinance no. 225/2020 on amending certain normative acts and establishing measures in the field of agriculture.

Law Project PL-x 97/2021, currently debated in the Chamber of Deputies, proposes a flat tariff of RON 33/ MWh produced for the water tax owned to ANAR by hydroelectric power producers. This represents more than a 55% increase in the water tax burden for Hidroelectrica, given that the company paid an average water tax of around RON 21/ MWh produced in the last 5 years.

“The Fund welcomes the introduction of a flat tarif linked to the electricity production, which is a transparent, technology neutral mechanism to determine water tax owned to ANAR and does not require Hidroelectrica to i8plement water metering technology. We are however deeply concerned by the proposed level of the tax, which generates arbitrary and unjustified additional costs for the company, as Hidroelectrica’s water tax will surge in an average hydrological year from around Ron 350 million, to nearly RON 528 million. In our view this is an unnecessary and unreasonable increase, unfairly favouring another state owned institution, particularly since the water management services provided by ANAR has not improved and thus does not justify an increase of this tax. This represents a serious setback for Hidroelelectrica’s profitability and sends a very negative message to investors in the Romanian energy sector. We therefore request the Chamber of Deputies to not approve the proposed water tax and to allow the further analysis of the appropriate level,” said Johan Meyer, CEO of Franklin Templeton Bucharest and Portfolio Manager of Fondul Proprietatea.

It is important to note that the water contributions paid by Hidroelectrica in 2018 and 2019 accounted for 48,1% and 45,4% of ANAR’s current revenues and represented 74,2% and 55,7% , respectively, of the salary expenses paid by ANAR to its employees, considering that the salary expenses of this authority are constantly increasing.

It is also worth emphasising that in addition to the water tax, Hidroelelectrica activity is further burdened by several legacy ongoing investments whose main purpose is the rational and safe management of water resources while the electricity generation component is relatively minor. Many of these legacy investments, providing essentially a public service, used to belong over the years to ANAR. In relation to these essentially public investments as of end 2019, Hidroelectrica had to recognise negative value adjustments for a total value of over RON 3.2 bn.

Fondul Proprietatea raises awareness on the major risks for Hidroelectrica, its employees and the Romanian state, should the water legislation framework remain unchanged:

previousD. Pintilie: WATTO Stations is looking for additional capital in the second round of funding to launch the local pilot stations
nextMOL Group acquires 16 Lukoil petrol stations and 9 Marché restaurants in Slovakia and Hungary