Acasă » General Interest » FP announces a loss of over 848 million lei in H1, mainly due to the decrease of Petrom shares

FP announces a loss of over 848 million lei in H1, mainly due to the decrease of Petrom shares 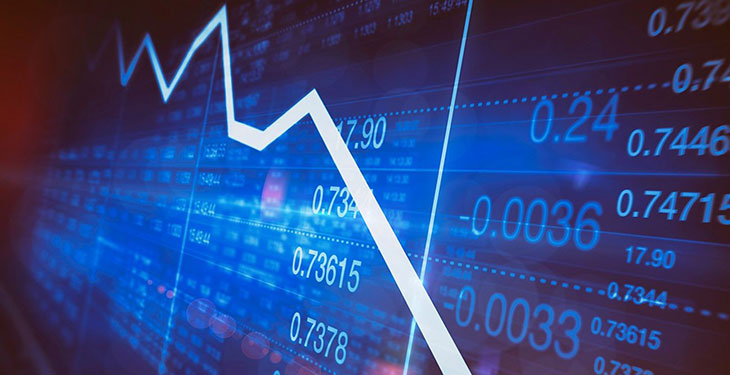 Fondul Proprietatea announced a loss of 848.6 million lei for the first half of this year (S1), it is shown in a report of the Fund.

The main contributor to the loss was the net unrealised loss from equity investments at fair value through profit or loss amounting to RON 1,960.9 million, generated by OMV Petrom SA, as a result of the negative evolution of the company’s share price during the first semester of 2020 (total impact represented a decrease of RON 696.6 million and share price drop of 27.5%) and the decrease in the value of unlisted holdings in the portfolio of RON 1,264.4 million following the valuation update process (mostly related to CN Aeroporturi Bucuresti SA, E-Distributie companies and Hidroelectrica SA). This was partially offset by the gross regular and special dividend income from portfolio companies of RON 1,151.2 million recorded during this period.

The share price had a strong performance in the first two months of the year, reaching a record high of RON 1.3800 per share on 14 February 2020. The negative impact of COVID-19 pandemic on the economic activity and global capital markets led to a significant drop in the Fund’s performance in March. In the second quarter of the year, the markets started recovering, and Fondul followed this trend. Therefore, the share price as of the end of June 2020 was 13.5% higher compared to the end of March 2020, and 4.1% higher compared to end of December 2019.

The cumulative performance of the Fund’s NAV/share continues to be very strong, recording in the first six months of the year an increase of 122.45% since the Fund’s inception. At the end of June 2020, the Fund’s NAV was RON 10.14 billion (USD 2.35 billion) and the NAV/share reached RON 1.5622.

In terms of the contribution to the NAV performance in the first 6 months of the year, the main performers among the Fund’s portfolio companies were Hidroelectrica, Nuclearelectrica and Romaero. The main detractors for the period were OMV Petrom, Bucharest Airports, Engie and Salrom.

previousEC: EU gas production fell by 23% in Q1, with Romania in second place
nextElectrica has started diversification – the subsidiary Electrica Furnizare has completed the acquisition of the Stănești Photovoltaic Park