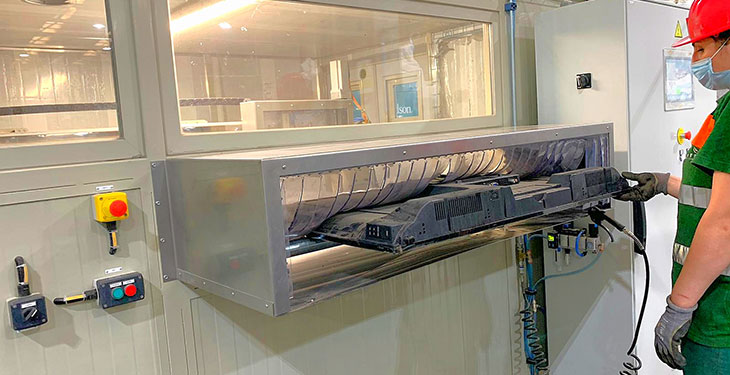 The first line of recycling of TVs and electronic equipment containing flat screens – (LCD, plasma and LED) in Central and Eastern Europe was inaugurated in Romania in May by the company Green WEEE, according to a statement issued on Wednesday by the company.

With an investment of over 500,000 euro, the recycling line allows the treatment of over 2,500 tons/ year of televisions and equipment containing flat screens, according to the source.

The process in the new recycling line focuses on the extraction of hazardous substances and materials from flat screens, especially mercury, which is removed in a controlled environment. The rest of the resulting fractions – metals and plastics – are treated using existing equipment in Green WEEE and then reintroduced into the economic circuit as secondary raw materials, according to Agerpres.

Green WEEE factories recycle refrigeration and air conditioning equipment, small and large appliances, power tools or computer and telecommunications equipment. The waste comes from the local market, from economic operators authorized to take responsibility for the producer, through collection from individuals, as well as through contracts with large manufacturers or retailers of electronics, the statement said.

Green WEEE operates in two factories in Romania (in Buzau and Campia Turzii), with a total treatment capacity of 100,000 tons/ year, with a number of over 400 employees and a total investment of 25 million euro.

previousThe deadline for obtaining Emergency Certificates, extended until June 15
nextCEZ Vânzare supports customers over the age of 65 and provides them with a dedicated phone number