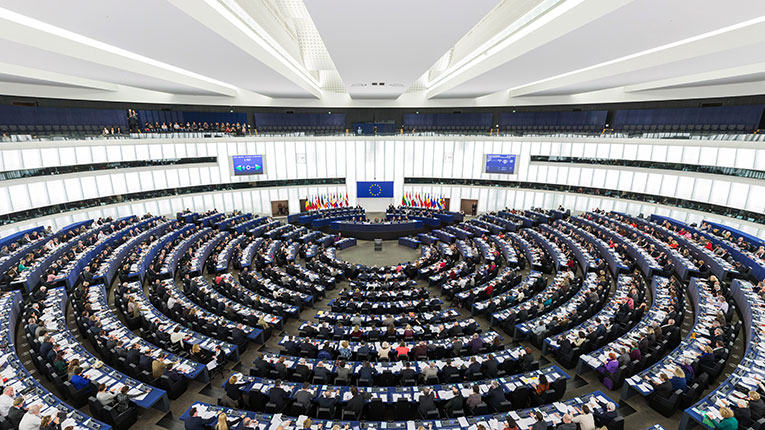 The European Parliament (EP) resolution calling for a full and immediate embargo on Russian gas and oil imports and a substantial extension of the list of sanctions targeting officials in Russia and Belarus was adopted by a large majority of MEPs on Thursday.

The resolution on the conclusions of the European Council of 24-25 March 2022, including on the latest developments in the war against Ukraine and the EU sanctions against Russia and their implementation, drafted by political groups, passed with 513 votes in favor, 22 against and 19 abstentions to the applause of MEPs.

PNL MEP Siegfried Mureşan posted on Facebook after the vote that he was “proud that this resolution I co-signed was adopted with such a result”.

The resolution provides, in paragraph 15, for a “call for a total and immediate embargo on Russian imports of oil, coal, nuclear fuel and gas, a complete abandonment of the Nord Stream 1 and Nord Stream 2 pipelines and the presentation of a plan to continue to ensure security of supply on short-term.”

It also calls for the text of the resolution to “establish a comprehensive EU action plan on future sanctions and clearly communicate the red lines and steps, measure by measure, to withdraw sanctions if Russia takes steps to restore independence, sovereignty and territorial integrity of Ukraine within its international borders and withdraw its troops completely from the territory of Ukraine.”

In paragraph 19, the EP political group resolution “emphasizes that all property belonging to Russian officials or oligarchs associated with the Putin regime, as well as their representatives and intermediaries, as well as those in Belarus linked to the Lukashenko regime should be confiscated” and visas revoked for their holders in a “complete and immediate ban on gold passports, visas and residence permits.”

The quoted text also states that “a wider segment of Russian officials, governors and mayors, as well as members of the economic elite who are subject to Putin’s current policy and benefit from it, should be targeted by sanctions.”

The resolution also states that the full and effective implementation of existing sanctions by the EU as a whole and by the EU’s international allies must be a priority at present. MEPs call on EU leaders to exclude Russia from the G20 and other multilateral organizations such as the UN Human Rights Council, Interpol, the World Trade Organization, UNESCO and others, “which would be an important sign that the international community will not return to normal relations with the aggressor state.”

To make the sanctions more effective, the EP calls for excluding Russian banks from the SWIFT system, banning all ships connected to Russia from entering EU territorial waters and docking in EU ports, and banning road haulage to and from Russia and Belarus.

MEPs refer in the resolution to the shocking atrocities, “which are undeniably war crimes” committed by Russian troops in Ukraine and especially in Bucha, which completely or almost completely destroyed Mariupol, Volnovaha and other towns and villages. They stress that the perpetrators of war crimes must be held accountable and call for the establishment of a special UN tribunal for crimes in Ukraine.

The European Parliament reiterates that arms deliveries must continue and be intensified in order to enable Ukraine to defend itself effectively and supports the continuation of defensive assistance to the Ukrainian armed forces individually by EU Member States and collectively through the European Union Instrument for Stability and Peace.