European money for a new model of economic development 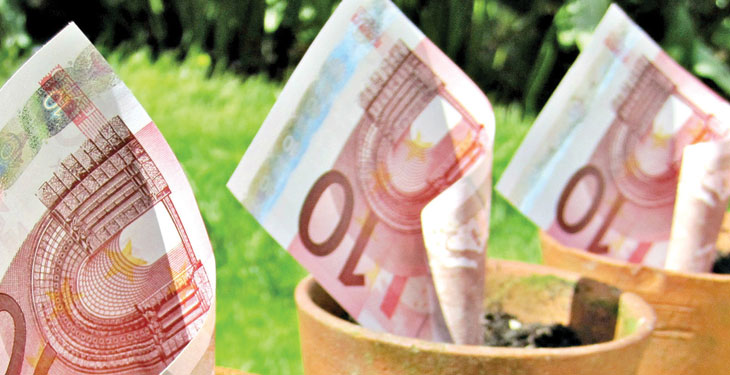 Romania prepares for attracting nearly 80 billion euros over the next 10 years, a sum close to the total foreign direct investments made in our economy over the past three decades. The amounts are staggering, equivalent to 3-4 percentage points of GDP each year. Some precaution is of course recommended because of the country’s weak capacity to absorb European funds, which could be further affected by a possible delay in the adoption of the European Financial Mechanism for 2021-2027. Two elements, however, appear as positive factors. First of all, Romania’s administrative performance is expected to increase after the previous two budgetary exercises within the EU, from 2007 to the present. Then, the conditions imposed by the 2020 health crisis, possibly prolonged in 2021, could keep the conditions for allocating funds more relaxed.

Between 4 and 5 billion euros a year

Most importantly, part of the 79,9 billion euros are amounts Romania will come directly, without preconditions. It is about 18,7 billion euros, non-reimbursable funds, in direct payments in the first pillar of the Common Agricultural Policy. Another EUR 6,3 billion could be used, on a project basis, under the second pillar for rural development, to which will be added EUR 650 million in additional rural development funds through the NextGenerationEU program.

There is therefore €61,2 billion available for Romania to the extent that programs launched by central or local governments will be well written and attract a sufficient number of high-quality projects from the potential beneficiaries. For this sum we can anticipate an absorption rate of at least 35%, as Romania starts from 29% (in February 2020) on the 2014-2020 budget. Administrative capacity, the increased number of experts from the private sector, the experience gained in recent years, as well as the relaxed conditions for granting support to the economy in 2020 and 2021 encourage us to hope that Romania will manage to attract almost 50% of the funds at its disposal. This would mean that around EUR 3 billion per year will enter the local economy, plus the 1,8 billion for agriculture, which is around EUR 5 billion per year. We have made the calculations for a 10-year timeframe, including therefore extensions in the execution of the European financial mechanism. It is worth to be mentioned that this money will not be accessed uniformly; most likely the sums will be lower in the first 2-3 years and they will increase by the end of the period.

Under the assumption that Romania will use only one third of the 16,7 billion euros available through reimbursable loans, the average annual income, including the funds under Pillar I of the Common Agricultural Policy, will amount to about 4,5 billion euros.

All these calculations shall be taken with extreme caution; for example, the current requirement in the proposed Regulation for National Recovery and Resilience Plans is that of the grant amount, 70% is available by 2022 and the remaining 30% is allocated according to macro-economic developments at country level. Another element of uncertainty is the impact of the clause making European funds conditional on respect for the rule of law.

What does the 80 billion mean

First, the EUR 46,3 billion of non-reimbursable funds from the multiannual budget are broken down as follows:

“In the next few years we will see rapid development,” said Prime Minister Ludovic Orban, who referred to reforms, state modernization, state digitalization, “a joint effort in partnerships to succeed in implementing complex projects”.

In the Climate Change chapter, with an allocation of EUR 6,5 billion, NRRP mainly speaks about irrigation and drainage systems, combating soil erosion and afforestation. For Transport, EUR 9,27 billion is allocated, with 4,5 billion for road transport and EUR 3,15 billion for railways. In the chapter dedicated to Environment, the focus is on water supply networks (€1,5 billion) and waste management (€300 million).

The Energy and Green Transition chapter includes the targets of the National Energy and Climate Plan – NECP and identifies four challenges:

EUR 800 million are reserved for smart grids for the transport and distribution of transitional fuels, EUR 500 million for renewable energies and EUR 250 million for the development of Romania’s 400 kV electricity ring – a total of EUR 1,55 billion.

A slightly higher amount is foreseen for energy and thermal efficiency, EUR 1,8 billion, of which EUR 1,25 billion for energy efficiency improvements for collective residential buildings and public buildings. 250 million euros are allocated for the thermal power distribution network in Bucharest and 300 million euros for the other localities.

One billion euros is proposed for Urban Mobility, a chapter which includes “electric and alternative transport”.

The amount allocated for Research and Innovation, just EUR 275 million, is surprisingly low, in a program aimed at “a new model of economic development based on investment, innovation and competitiveness”.

The USR PLUS Alliance announced that it would renegotiate this plan in the talks anticipated before the new government team to be decided (this December), as the document proposed by the Ministry of European Funds “ignores and fails on social, environmental, innovation and digitization reforms”. According to the USR PLUS, “the green transformation is not just about land-use planning measures, but requires structural changes in value chains, innovation, new jobs, circular economy, etc”. In addition, much more substantial amounts should be allocated to digitization and R&D-innovation. The most important objection, however, addresses structural reforms, which are treated “superficial, barely mentioned, although it should have been the focus of the plan”. NRRP, as an EU financing instrument, is “an opportunity to completely reshape Romania’s economy in the medium and long term, not just a piggy bank to spend”.

„The Modernization Fund was taken under assault”

The Commission’s estimates suggest there are about 3 billion euros Romania could allocate through the Modernization Fund between 2021 and 2027. The amount results from the sale of CO2 allowances and the final sum depends on the value of the allowances during that interval. In November, Niculae Havrileț, state secretary at the Ministry of Economy, Energy and Business Environment announced that “the Modernization Fund was taken under assault. More than 700 projects have been submitted in all areas. Most projects come from investors in PV parks, while the most money are requested for switching from coal to gas in electricity generation, many thermal power plants with high capacity; PV plants have lower capacities, only a handful of projects are of 100, 200 MW. The applications for funding (the money requested for each project) were between 100.000 euros and 500 million euros, and most of the investors requested for 100% financing of the total project values”, said Niculae Havrileț.

Of course, other 280 billion euros will be available to Romanian companies, too, those to be allocated in European-level competitions of projects, through programs such as Horizon Europe, InvestEU, Connecting Europe Facility, LIFE Programme or Innovation Fund.

This interview firstly appeared in the printed edition of Energynomics Magazine, issued in December 2020.

In order to receive the printed or electronic this issue of Energynomics Magazine, we encourage you to write us at office [at] energynomics.ro to include you in our distribution list. All previous editions are available HERE.

previousPetru Rușeț: The energy projects in Romania must get a faster pace in the next decade
nextFrom 2021, all newly built buildings will have to have nearly zero energy consumption (Efficient Romania)