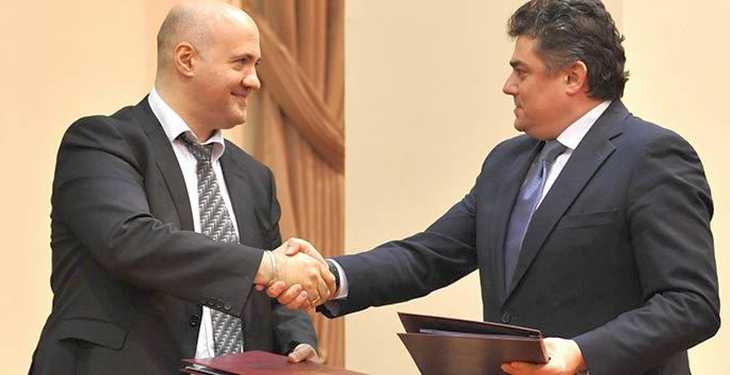 In a joint effort to strengthen Moldova’s energy security, the European Union (EU), the European Bank for Reconstruction and Development (EBRD) and the European Investment Bank (EIB) are providing a euro 92 million financing package for the construction of a natural gas pipeline from Romania to Chisinau, reveals a release received by energynomics.ro.

The EIB and the EBRD are each lending euro 41 million and the EU is providing a euro 10 million grant. The funds will be extended to Î.S. Vestmoldtransgaz, a state-owned company which will build and operate the gas pipeline and the Romania-Moldova interconnector.

At the signing of the loan agreement, Octavian Calmic, Moldovan Deputy Prime Minister and Economy Minister (right), said: “The decision of our partners at the EBRD, the EIB and the EU to support the Moldovan government in the construction of the Ungheni-Chisinau gas pipeline is very important to our country as it is a vital step towards ensuring the country’s energy security and overcoming the situation where we are dependent on one source to supply the population with energy. Furthermore, the implementation of this project will allow us to connect to the EU energy system which will ensure energy stability for a long period of time and promote free competition on the market.”

In turn, Dimitri Gvindadze, head of the EBRD’s office in Chisinau (left), added: “The pipeline will enable Moldova to buy gas from EU markets and will promote measures that will help foreign gas suppliers enter the Moldovan market. This will allow the country to diversify its energy supplies and will strengthen competition in the sector.”

The project will complete the connection of the gas transmission systems of Romania and Moldova by linking Chisinau, a major area of gas consumption in the country, to the interconnector between the eastern Romanian city of Iasi and Ungheni, a Moldovan town on the Romanian border. It was built in 2014 to enable Moldova – a country which is more than 90 per cent dependent on energy imports – to diversify its energy sources. The EU provided a euro 7 million grant for the interconnector.

As part of the new financing package, the Moldovan government has agreed to implement a comprehensive reform package to promote the liberalisation of the energy market and strengthen competition in the sector.

Additional support comes from the Swedish International Development Cooperation Agency (Sida) which has provided nearly euro 600,000 for a comprehensive feasibility study conducted by the engineering consultancy Fichtner GmbH to assess technical, market, regulatory, economic and environmental and social aspects of the project.

The EBRD is also providing euro 1 million grant financing from its own funds to support the implementation of the project, including legal and regulatory assistance.