Acasă » Electricity » EU: Divided on the classification of nuclear and gas projects as green investments

EU: Divided on the classification of nuclear and gas projects as green investments 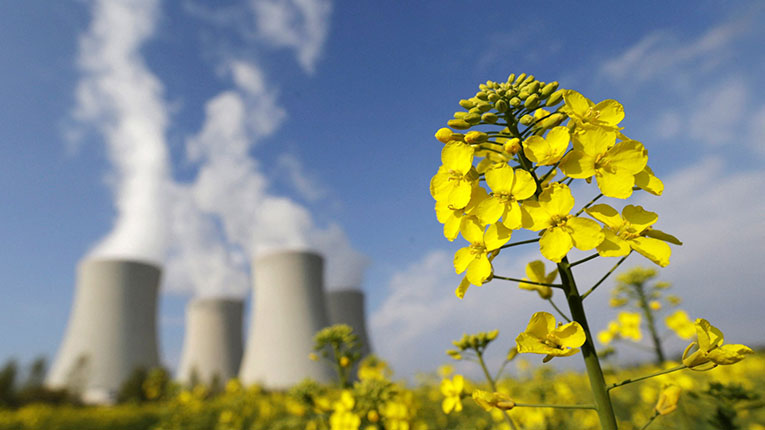 The European Commission (EC) proposes to classify nuclear and gas projects as green investments, under certain conditions, according to an analysis by the DPA.

The prospect of investing in two such controversial industries, even if the long-term plan is to switch to renewable energy, has divided the EU into several camps, namely those for: France, Sweden, Finland, Poland, Hungary, Czech Republic, Slovakia, Slovenia , Croatia, Bulgaria and Romania; those who oppose: Spain, Denmark, Austria, Luxembourg and Portugal; those in the gray area: Germany, Belgium, the Netherlands, Italy, Greece and Cyprus.

France is happy with the plan. It lobbied hard to have nuclear power included in the European Union’s green label – or taxonomy – as it is known. France is one of the world’s leading producers of nuclear power and hopes to attract investment for the new power plants it plans to build, according to Agerpres.

Sweden sees opportunities for nuclear energy in the taxonomy, but also wants, among other things, to see improved proposals for the storage of radioactive waste.

In Poland, the government has repeatedly called for the inclusion of nuclear and gas projects on the list of green investments. The country currently has no nuclear reactors, but plans to build six by 2043 to phase out coal.

Hungary has long called for both nuclear energy and natural gas to be considered “green” energy sources. Hungary operates a nuclear power plant and has reached an agreement for Russia’s Rosatom to build two more. The country also uses gas-fired power plants to produce energy.

In the case of the Czech Republic, the planned EC eligibility criteria for nuclear and natural gas do not go far enough. The country intends to increase the role of nuclear energy in its energy mix, as does neighboring Slovakia, which also supports the inclusion of nuclear and gas on the list of green investments.

Slovenia and Croatia, which jointly operate the Krsko nuclear power plant in Slovenia, are staunch supporters of the proposal. Vague plans for another nuclear reactor at Krsko could be affected by the EU’s taxonomy decision.

In Bulgaria, which currently operates only one nuclear power plant, the taxonomy could lead to a return to plans to finance a new unit built by Russia, which has been postponed due to lack of funding.

Romania has explicitly called on the EU Commission to include nuclear energy and natural gas in its taxonomy. The country, which has dozens of gas-fired thermal power plants and a nuclear power plant, plans to build more reactors.