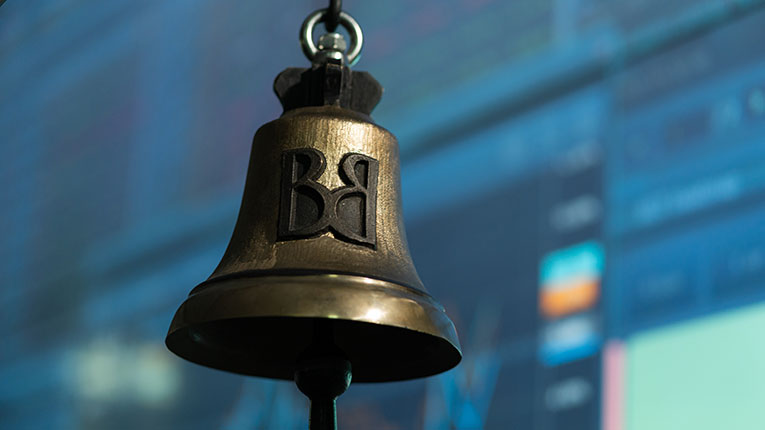 Romania will take an important step towards the promotion of emerging market status by MSCI, with the listing of Hidroelectrica and Salrom, two key companies ready to start the listing process on the Bucharest Stock Exchange, said Ilinca von Derenthall, chairman of the Committee of Representatives of Fondului Proprietatea (FP).

Fondul Proprietatea received, last year, the approval in principle from the Ministry of Economy to list its participation in Salrom on the Bucharest Stock Exchange, and this year the Fund wants to obtain the necessary approvals from the Ministry of Energy for listing Hidroelectrica, says a FP release issued on the occasion of the 11th anniversary of the listing of the Fund on the Bucharest Stock Exchange.

Fondul Proprietatea has significantly contributed to the development of the local capital market in the 11 years since its listing on the Bucharest Stock Exchange, improving corporate governance standards in state-owned companies and constantly creating value for its shareholders, say representatives Franklin Templeton International, sole manager of Fondul Proprietatea.

“Fondul Proprietatea has continuously supported the development of the Romanian capital market and the implementation of Corporate Governance best practices at portfolio companies’ level. There is still a lot to do, and the only way towards progress is to list new companies on the stock exchange. We are strongly advocating for these IPO’S and in Hidroelectrica and Salrom we have two prominent companies ready to start the listing process. We intend to take advantage of the strong momentum on the local capital market and to work for the benefit of all stakeholders. With the listing of these two companies, Romania is taking an important step towards being promoted to the emerging market status by MSCI, which will allow for new fund inflows on the Bucharest Stock Exchange,” said Ilinca von Derenthall, chairman of the Board of Nominees.

Also, Johan Meyer, CEO of Franklin Templeton Bucharest and portfolio manager of Fondul Proprietatea, pointed out that during the 11 years of listing, Fondul Proprietatea has made a significant contribution to the development of portfolio companies through strong involvement in the implementation standards of corporate governance and advocating for improved transparency.

”The resultant improvement in financial performance has directly translated to value creation for the Funds’ investors. We are prepared to support the listing of state-owned companies in the near future, as we believe this to be great opportunity to encourage more investment in Romania and to unlock value for shareholders. Companies such as Hidroelectrica and Salrom are well positioned to be major beneficiaries of being listed and will put Romania on the radar screen of investors across the globe,” said Johan Meyer.

According to the quoted source, in the 11 years since the Fund’s listing on BVB, the share price reached an all-time high of 2.22 lei per share on January 17, 2022, well over 1.00 lei per share, which was the nominal value of the share at the creation of the Fund, thus consolidating the constant performance of the last 11 years.

Also, since Franklin Templeton took over the management of Fondul Proprietatea in September 2010, the Fund has made gross cash distributions of 7.2 billion lei ($ 2.1 billion) and completed 12 buy-back programs worth of over 7.3 billion lei.

FP also ranked 1st among the most traded issuers on BVB in the 11-year period, with an average trading value of 9.9 million lei, and was the 5th largest Romanian company listed on BVB, representing almost 6% of the total market capitalization at the end of 2021.

previousBarrel gets closer to USD 90, following escalating tensions between Ukraine and Russia
nextEU: Divided on the classification of nuclear and gas projects as green investments