Efficient Romania: From 2030, all new buildings could have zero carbon emissions 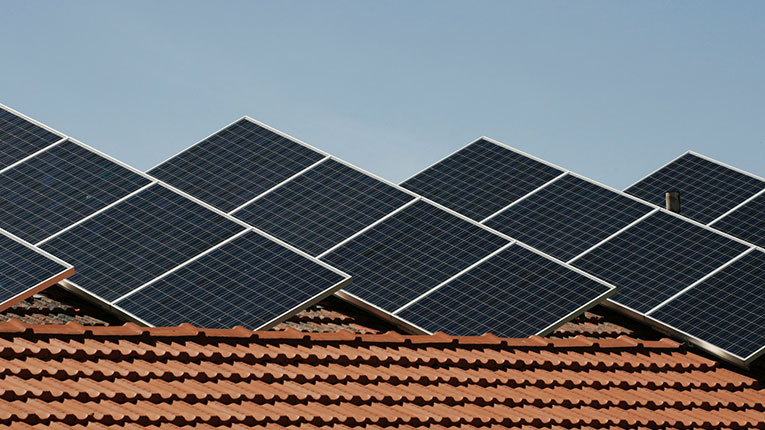 The European Commission proposes that, from 2030, all new buildings and those undergoing major renovation should have zero carbon emissions, and for the public sector, the rule should apply from 2027, according to the new proposal for a directive on the energy performance of buildings. These buildings must be low-energy, renewable, and free of carbon on-site emissions from fossil fuels. The new proposal also calls for all existing buildings to be transformed into zero – emission buildings by 2050.

Member States will also be required that measuring and control devices be installed in zero-emission buildings to monitor and regulate indoor air quality. In existing buildings, the installation of such devices will be required where technically and economically feasible, in the case of major renovations. The nZEB standard (nearly zero energy building), which this year has become mandatory throughout the European Union, including Romania, remains in force for new buildings until the application of the zero-emission standard, it is mentioned in the text of the proposal for a directive, recently published by the European Commission.

“Energy efficiency is becoming more and more important. If we prepare now, we will meet our 2030 targets not only for energy efficiency but also for reducing emissions. We need to look very carefully at what is happening at European level, to understand what the Energy Efficiency Directive means, how to better transpose it for Romania, but also other directives related to energy efficiency,” said Mădălin Apostol, Senior Manager, Special Projects, OMV Petrom, in a debate organized within the Efficient Romania project.

“The standards for 2030 are already announced to be even stricter and more ambitious. With the new version of the Energy Performance of Buildings Directive, the zero-emission buildings standard will become mandatory in 2030. In 2010, the nZEB standard was announced and then no one paid attention to it. In Romania, nZEB had only been discussed publicly for a few months before it became mandatory, and everyone was taken by surprise. We are now aquianted with the issue and we know that we need to increase the rate of in-depth renovations a lot, to know that by law all new buildings are already at other standards. Schools, hospitals, buildings in the public area need special attention,” said Radu Dudău, director of Energy Policy Group (EPG) and coordinator of the Efficient Romania project.

Efficient Romania started in the summer of this year the in-depth renovation works at nZEB standard at the “Elie Radu” Energy Technological High School in Ploiești, the investment, worth about one million euros, being financed by OMV Petrom, the official sponsor of the Efficient Romania project. It is the first renovation project to nZEB standards from private funds at national level.

“We started with a pilot project at the Elie Radu Technological Energy High School in Ploiești, a building where for the first time, with private funding, we are carrying out a major renovation to nZEB standards, with new technologies. Not only will we have a much higher energy performance of the building, but we will also reach those very important indicators: indoor air quality, high-performance lighting that matters extremely much in the well-being and school performance of students. It is a project that we want to replicate,” said Radu Dudău, EPG director.

In this ambitious renovation project, the Electrica Group, through the company Electrica Furnizare, which provides solar photovoltaic and thermal installations for the school building undergoing energy rehabilitation, and Signify, which contributes with an ultramodern lighting system, have joined.

“Such investments are also important in terms of environmental reports that are increasingly worrying, and in this regard, it is essential to continuously exchange experience between the states that have joined the Green Deal and are committed to putting their economies on a sustainable trajectory. Transparency and increasing the environmental, social and governance performance are clear objectives of the Electrica Group and, obviously, in 2022 we will continue in the same direction, because it is the responsibility of the largest electricity company to support the construction of a sustainable society. I think that the Efficient Romania project has an extraordinary potential and we certainly want to get more and more involved,” said Corina Popescu, CEO of Electrica.

“There is no education about the quality of light, on how it affects health in general, but also the process of learning in students or healing, in the case of hospital patients. We have studies done on how aspects such as students’ attention and concentration can influence the intensity and color of light,” said Răzvan Copoiu, CEO of Signify Romania & South East Europe.

“I don’t think that financing will be the problem, but how you write a project and how you manage to attract all these funds dedicated to energy renovation, because they are on the market,” stressed Iuliana Leca, Investment Director, District 6 City Hall, Bucharest.

“It’s important to take concrete steps now. I assure you that 2022 will be a reference year for the changes we will make to our national legislation. There is a need for collaboration between specialists, between local authorities who are already a model of good practice, to create this national framework for nZEB by 2030, then for zero-emission buildings,” said MP Oana Ozmen, Secretary of the Committee on Industry and Services. She recalled that through the National Recovery and Resilience Plan, Romania has undertaken the task to renovate about 2,000 public buildings (hospitals, schools, administrative institutions, etc.).