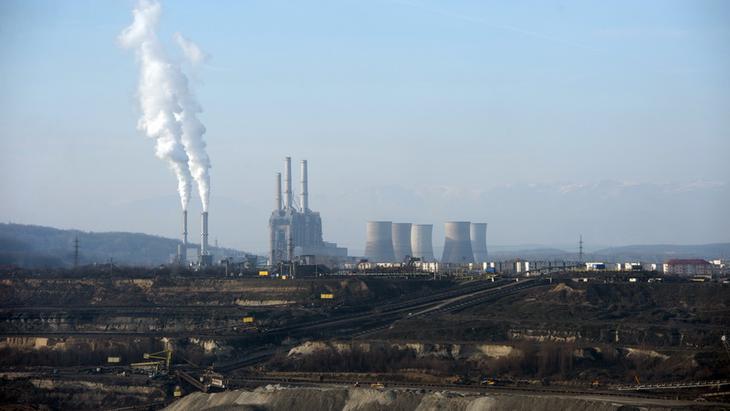 More than 250 million euros have already been allocated, as rescue aid granted by the Romanian state in 2020; it is included in the restructuring plan. About 711 million euros will be granted to CE Oltenia through the Modernization Fund, for the commissioning of 8 photovoltaic parks (725 MW), refurbishment and modernization of a micro hydropower plant (10 MW) and the commissioning of a natural gas-fired electricity generation capacity (a block of 475 MW, in Turceni, and one of 850 MW, in Ișalnița). The company will also contribute a significant amount to the financing of these investments. In September 2021, Romania submitted to the EIB the first projects from the Modernization Fund.

As compensatory measures aimed at limiting potential distortions of competition generated by the aid, the European Commission has decided CE Oltenia, together with other electricity producers, to set up special purpose vehicles (SPVs) dedicated to co-investment and operation of gas-fired power plants and photovoltaic power plants, as well as banning the company from the acquisition of interests in competing operators and invoking state support as a competitive advantage in the company’s communications.

An element of novelty compared to the restructuring plan sent to Brussels in 2020 appears in the press release: “the transfer by 2026 of at least 20% of the state-owned shares”, as a form of remuneration to the Romanian state for the state aid granted. The Commission considers that “Romania will be adequately remunerated for this state aid […] through the expected positive net earnings, which will increase the value of public participation in CE Oltenia, and by the transfer by 2026 of at least 20% of the shares held by the state”.

The value of the planned investments and the short deadlines included by the restructuring program approved by the European Commission constitute a strong impetus for modernizing the Romanian energy system in its transition from coal to hydro, solar and natural gas. Both sectors – natural gas and renewables – are expected to experience a strong dynamic in the coming years.

previousChisăliță: Energy prices will increase by 100-120% from April, if no action is taken
nextBucharest has launched the tender for the rehabilitation of over 200 kilometers of district heating pipes