Acasă » Uncategorized » Dragoș Bărbulescu, E.ON Romania: A national hydrogen strategy and a political commitment to the energy mix are missing

Dragoș Bărbulescu, E.ON Romania: A national hydrogen strategy and a political commitment to the energy mix are missing 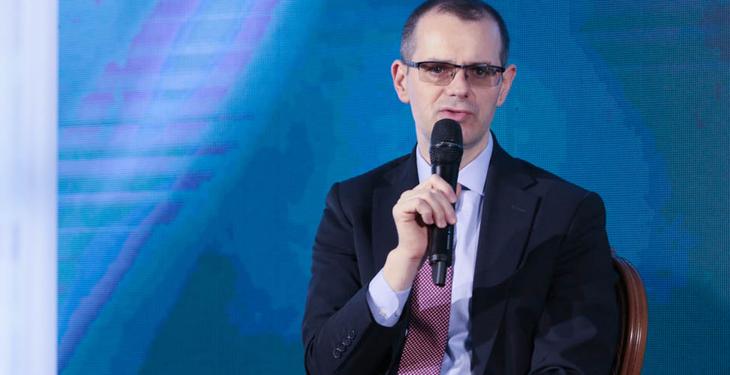 The energy transition has brought hydrogen to the center, as it is also an important element of energy storage, especially for producers from renewable sources, said Dragoș Bărbulescu, CFO, E.ON Romania, during the 7th edition of the Energy Strategy Summit, an event organized by Energynomics.

“From this perspective, Romania is very well placed, as gas networks can contribute in the future to the integration of hydrogen, as a transition element. Romania has an asset, which must, however, be capitalized on. From the current perspective, we want to expand gasification at the national level. This desire, already legislated in Romania, does not take into account the hydrogen side. There is currently no strategy at the government level and a political commitment to the future energy mix”, he said.

In Germany, E.ON has more than 30 hydrogen-related pilot projects and their impact on networks. “We make available our expertise and experience, for the government and the decision-makers, in order to develop a coherent strategy for the next period. From this point of view, we see the need that the plans for expansion and connection to the natural gas networks to allow the expansion of the networks, taking also into account the fact that they must be used for hydrogen, too. In Germany, we are testing the possibility of injecting up to 20% hydrogen into the natural gas [pipelines]. We also want to test this in Romania, to have pilot projects, in collaboration, of course, with the central and local authorities, in order to show the sustainability, in the future, of such an approach – what are the conditions under which it can be achieved”, he added.

“From the perspective of the legislative framework, what currently exists in the legislation for network development is not aligned with the perspective of hydrogen or other green gases being mixed with natural gas. On the other hand, today we also have this practical impossibility to resort to other sources of financing besides the sources of the distribution operators. This is a big problem, not only from our perspective but also from the local authorities, which would have the capacity to finance such projects. The legislation does not allow such projects to be correlated with local development plans and we cannot prioritize investments in a way that takes into account the volume of consumption and the potential for future consumption in those networks. From this perspective, we have developed a legislative proposal, together with the Ministry of Energy, which we forwarded to the decision-makers for contributing to a much more sustainable approach in the future”, he added.