Acasă » General Interest » Dragan: The energy sector will receive 10 billion euro in funding over the next decade

Dragan: The energy sector will receive 10 billion euro in funding over the next decade 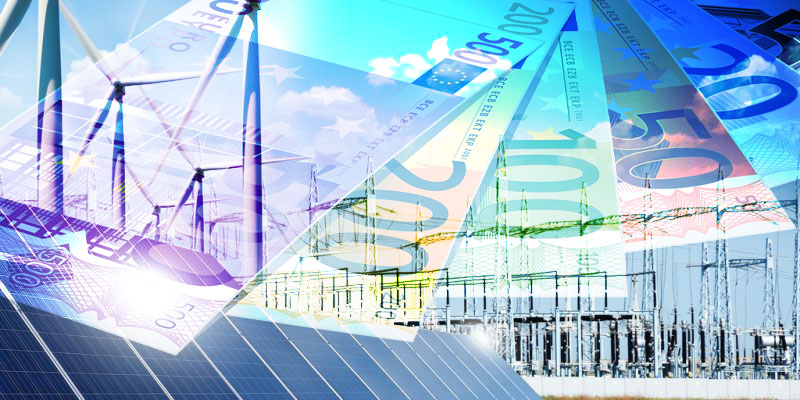 The energy sector will benefit from 10 billion euro in the next decade, mainly through the Modernization Fund, which will have two axes, and project calls will follow each other every 6 months, on various technologies, said Secretary of State Dan Dragan, during the Energy Day-Brașov conference, organized by Repom and Patres.

“The funds that will be made available to participants and actors in the energy market will be significant. We hope that the implementing act – the Government Decision by which to implement the Modernization Fund will be adopted during October, and after the elaboration of the guidelines, the first project calls will take place towards the end of this year,” he said.

“The value we estimate over the next decade is 10 billion euros… The amount is corroborated with the price of CO2 certificates allocated to Romania that will be sold and, hence, this source of funding. There will be two axes of the Modernization Fund, one axis of priority projects and one of non-priority projects. Axis 1 will finance new capacities from renewable sources of all technologies. We will have the strengthening of the networks, which is very important and necessary in order to be able to introduce renewable energy capacities in the network. We will have investments in networks – electricity, gas, heating. We will have a dedicated axis and a dedicated scheme for cogeneration electricity units – we expect local communities to come up with projects as mature as possible. We will have an axis dedicated to the storage part, for batteries and very importantly, we will have an axis dedicated to hydrogen production,” he added.

The European Union’s ambitious targets call for the installation of 4GW of green hydrogen by 2025-26 and 10GW by 2030.

“The second axis, of non-priority projects, refers to gas production capacities, on a combined cycle and we are convinced that they will materialize. All the capacity on gas to be financed by the Modernization Fund will have to be prepared for hydrogen – for an insertion of at least 30% hydrogen.”
At the same time, the transformation of the energy sector includes, through PNRR, state aid schemes for the renewable sector and schemes for the development of smart gas networks, in combination with hydrogen.

“We want to have an intelligent gas network that, by 2030, can take over 100% hydrogen. We want that smart grid to be built in an area that has not benefited from support so far, and we are thinking about the Oltenia area,” added the Secretary of State.

“At the same time, through PNRR we think we have new investments in storage, cogeneration production and, at the same time, we want to attract investors by creating an integrated cycle of production of photovoltaic batteries and panels in certain poorly developed regions. And through the Fair Transition Fund, which will be available to the Minister of European Investments and Projects, significant amounts will be allocated to six Romanian counties, which should help from a social point of view the transfer and requalification of people who will leave these energy – intensive industries. All six counties will have a 10% extra state aid intensity compared to the current projections.”

He added that in the next two months the regulatory act for the quantitative compensation of prosumers will be approved.

At the same time, there will be a dedicated scheme for energy efficiency, for industry. “We want development – and there will be schemes dedicated to prosumers – especially for SMEs. There will be two levels of compensation – financial and quantitative,” he added.