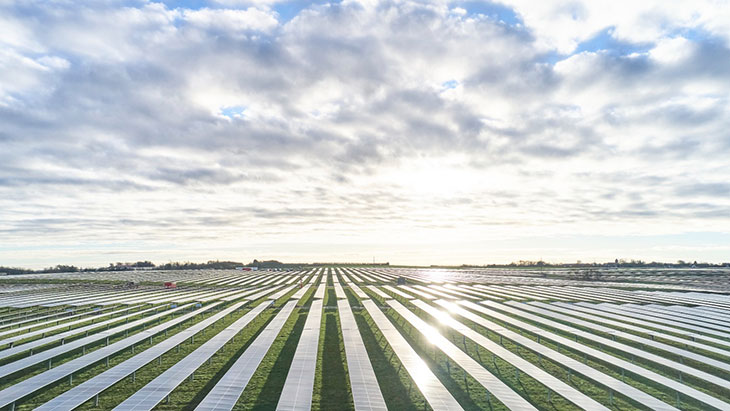 Danish renewable energy company European Energy, which develops, finances, constructs and operates wind and solar farms as well as hydrogen facilities and storage capacities at a global level, has opened a subsidiary in Romania, as part of its strategy to expand its international footprint and become a major player on the local market. Starting September, Ioannis Kalapodas was appointed Head of Bucharest Office and will be leading European Energy’s activities in Romania.

With more than 10 years of experience in the international renewable energy market, Ioannis Kalapodas previously held management roles in areas such as Business Development, Project Development, Engineering, Procurement and Construction, Project and Finance Management, gaining relevant and valuable expertise in this industry. Prior to his current role, he held management positions on the Romanian market since 2012, thus having a broad understanding of the local energy sector. In the new Head of Office role, Ioannis Kalapodas will focus on European Energy’s expansion strategy in the Romanian market, aiming to build the company’s presence through project developments and investments.

”Romania is preparing for a significant growth in the renewable sector, which will lead to a major transformation of the local energy sector and also to many benefits for the consumers and the environment. Trends in the world are very clear: the technology and the price are speeding up the growth of renewable energy in the coming years and I am happy to contribute to the green transition of Romania, a country which is considered among our top worldwide priorities”, says Kalapodas.

European Energy is entering the Romanian market at a time where Romania plans to add 6.9 GW of new renewable energy capacity before 2030. More than 3.7 GW of that capacity is projected to be solar projects. Romania has a goal of reaching a level of 30.7% share of renewable energy in the country’s energy consumption by 2030. This ambitious target is giving Romania an important role in the Central and Eastern European region and will have a major impact on the CO2 emission reduction in the country.

”After some years of stagnation of the major investments in the renewables energy sector, caused by the legislation, the Romanian market is looking increasingly interesting and one of the reasons is the recent lifting of the ban on Power Purchase Agreements. This allows the energy sector to become less volatile for potential investors,” says Ioannis Kalapodas.

Currently, Romania has a total installed capacity of 3 GW in wind farms and almost 1.4 GW in solar power plants, according to the official data of The Romanian Energy Regulatory Authority. So, the existing installed capacity for electricity generation from these renewable sources will more than double by the end of 2030. The increasing demand for renewable energy will not only change the use of electricity but will also transform the heavy transportation and buildings heating sector in the coming decades.

previousEvergent sells half of its stake in Nuclearelectrica
nextChirițoiu: High energy prices will persist as long as we use coal