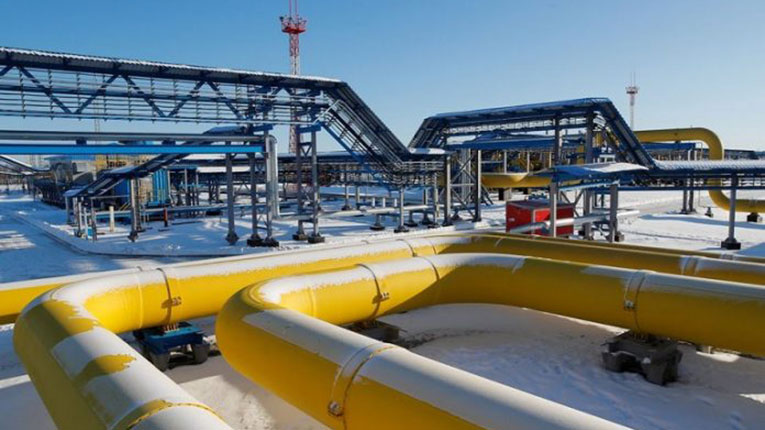 A sharp halt in Russian gas exports could cause a recession in the economies of emerging Europe, Central Asia and North Africa to pre-pandemic levels, the European Bank for Reconstruction and Development (EBRD) warned on Tuesday.

The EBRD operates in about 40 economies, from Mongolia to Slovenia and Tunisia. Most of them are dependent on Russian gas, and a sharp halt in deliveries would reduce GDP by 2.3% this year and by 2% next year, according to the latest report from the international financial institution.

The EBRD estimates that the economy in the region in which it operates grew by 6.7% last year, after a 2.5% contraction in 2020, when the pandemic significantly affected the world economy and financial markets, according to Agerpres.

Stopping Russian gas exports would be the biggest blow to EU economies with significant gas imports from Russia and a high dependence on gas in their energy mix, such as the Czech Republic, Hungary and Slovakia, the institution warned.

A sudden shutdown is not the EBRD’s baseline scenario, which expects gas supplies to continue. Even so, the growth of the economy will now be much lower than that estimated by the EBRD in March 2022. The economies in the region where the EBRD operates are expected to advance by 1.1% this year, compared to an increase of 1.7% forecast in March 2022, mainly due to the decline that exceeds previous estimates in Ukraine.

As a result of price pressures, the economies of the EBRD region are expected to advance by 4.7% next year, compared to a 5% expansion forecast in March 2022.

“Recent increases in energy and food prices are in addition to inflationary pressures, which are already rising following the recovery in global demand, following the lifting of restrictions,” the international financial institution’s report said.

The average inflation rate in the economies of the EBRD region reached 11.9% in March 2022, a level recorded at the end of 2008.

Ukraine is expected to see a 30% decline in the economy in 2022, compared to a 20% decline forecast in March 2022. Russia’s GDP is expected to contract by 10% this year and stagnate next year.