Acasă » Electricity » CE Oltenia: The eight solar parks in collaboration with OMV Petrom and Tinmar Energy will be ready in 2024

CE Oltenia: The eight solar parks in collaboration with OMV Petrom and Tinmar Energy will be ready in 2024 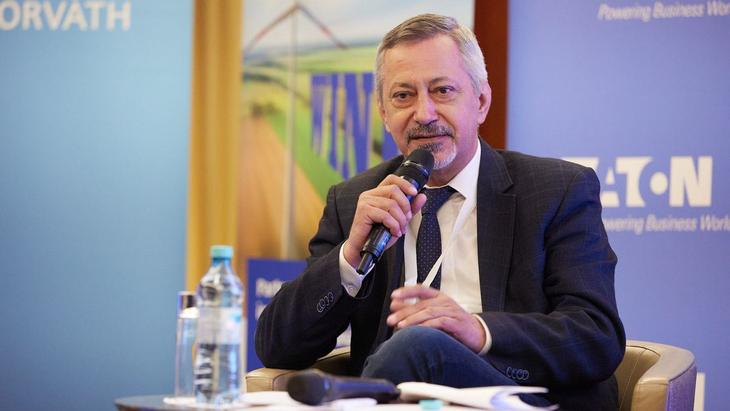 CE Oltenia is developing its own photovoltaic parks in collaboration with OMV Petrom and Tinmar Energy and will put them into operation in 2024, said Sorin Alecu, Director of Strategy CE Oltenia, at the Energy Strategy Summit 2022, an event organised by Energynomics.

“CE Oltenia celebrates 10 years since its foundation. It has been 10 years between agony and ecstasy. If at the beginning it seemed that everything was lining up on a certain predictable path, in the middle of the period, with this CO2 – towards the end of the period we found ourselves in a situation where the banks no longer wanted to finance us. And then we thought about where to go… We had to choose between going bankrupt and finding some solutions which at the time – I mean about 3 years ago – seemed unpredictable and unimaginable to take the future of this company forward,” he said, explaining that the restructuring aid had to be obtained from the European Commission.

“Now, finally, things are happening. After a year and a half of extraordinary collaboration with our consultant and the Romanian authorities, the Ministry of Energy, the Competition Council, even ANRE, and in particular with the European Commission, we managed to create a restructuring plan that was approved in January this year, one day before the deadline for submitting applications for the Modernization Fund for gas-fired power plants,” he said.

CE Oltenia managed to get most of the financing for the 10 projects in the plan through the Modernization Fund.

The projects will be co-financed by private investors.

“We started an M&A process last May for these 10 projects. Nine of them have been awarded, we have partners for all eight solar parks, for four of them – OMV Petrom, for the other four – Tinmar Energy, and for the Turceni gas project – Tinmar Energy. Now we are in the process of relaunching the process for the 850 MW block in Isalnita, where we expect to identify a partner in September. There is interest. With the current partners we are in the final stage of negotiating shareholder agreements, so that sometime in August we can launch the EPC tenders through these new SPVs. The assumed commissioning deadlines for the PV parks are somewhere in 2024,” he concluded.