BRM: 4 obviously negative effects of Ordinance 153/2022 by which the electricity wholesale market is almost completely eliminated 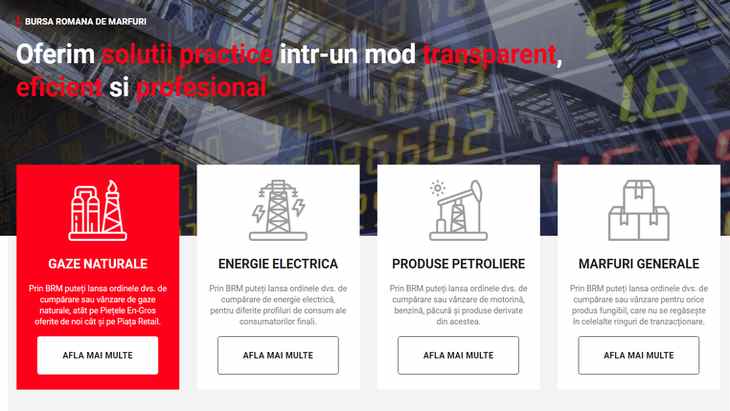 GEO 153/2022 entered into force on November 11 and is to be validated by a vote in Parliament. Sources cited by G4Media.ro state that the introduced measures are being analyzed in Brussels, and the European Commission would decide in a few months whether they are in line with European legislation or not.

“The energy crisis facing Europe as a whole, it is recognized, has as its main objective causes the war in Ukraine, the policy of non-diversified provision of resources by the main European economies, the sudden abandonment of conventional technologies determined by environmental protection policies”, summarizes BRM press release. The text challenges the authorities’ identification of market economy mechanisms as responsible for the crisis. “The ignored structural problems of the energy system have intensified over time, and the inability of those responsible to solve them continues to prevent the mitigation of the consequences of external influences and is the real cause of the exacerbation of the current crisis period. In particular, for the last 32 years, no new investment in electricity generation has been completed by the Romanian state, substantial natural gas resources remain untouched, and the district heating networks are still leaking more than 50%.”

According to BRM, with taxes and excises still maintained at the same levels, the state seems to be the main winner of the capping and compensation measures introduced in 2022 – GEO 119, GEO 27, GEO 153. At the same time, “other alleged culprits” were presented”, such as traders, electricity producers, suppliers and private market operators.

Removing traders from the market

“By imposing a margin of 2%, a margin that cannot cover financial costs, personnel or cross-border operations”, the authorities eliminated traders from the market, claims BRM. “Markets were virtually annihilated and import operations halted. During this time, foreign markets, also as a result of the functioning of the blamed market mechanisms, have already seen price reductions of up to ten times in the case of natural gas, something that could not be taken advantage of under the new conditions.”

The last legislative initiative was aimed at electricity producers, BRM continues, for which a ceiling of 450 lei/MWh was established, “a ceiling half of that mentioned in EU Regulation 1854/2022. In the new conditions, repeating past mistakes, future investments are difficult to see, the long-term effects being in fact the unwanted ones.”

The centralized procurement system introduced by GEO 153 “returns us dangerously to the period of the centralized economy”. According to the BRM, “The wrongly cited EU regulation as justification does indeed refer to centralized procurement, but some on a voluntary basis, through competitive procurement at market prices from external sources. However, as drafted, Ordinance no. 153/2022 violates the principles and national normative texts, the Constitution of the country which stipulates that a market economy operates in Romania, European treaties, directives and regulations. Thus, even EU Regulation 2022/1854, invoked and quoted copiously in the preamble of the Ordinance, mentions that the measures taken by the member states must not distort the operation of wholesale electricity markets nor the formation of prices on it. Or, the wholesale market now in Romania is disappearing, since there will be only one buyer from the producers and only one seller – the same! – to suppliers, and all operations take place at a fixed price.

The GEO discriminates against the Romanian Commodity Exchange

Through the direct nomination, without criteria and without a selection process, of the purchaser and then the sole seller on the so-called “market” of Romanian electricity, in the person of the state market operator, ” Romanian Commodity Exchange, authorized operator in the energy market itself, is ignored and discriminated against, and this obviously illegal measure, in addition to moral damage, brings important material damage to our company.”

The public message released by BRM identifies a series of alternative measures to reduce the impact of the energy price crisis ignored by the authorities: the correct identification of really vulnerable consumers is not done up to now, saving is not encouraged through incentives, fiscal facilities are excluded from any discussion, the state continues to levy excise duties on energy products. “The market mechanisms are, therefore, annihilated and not supported, while the practice of directly negotiated contracts are imposed by law and thus transparency and competition from transactions with energy products are eliminated.

“The result is that the market is currently even more demoralized, participants are unresponsive and fearful of unfounded accusations propagated through all means of communication. The elimination of market mechanisms, the reintroduction of monopolies, only leads to the discouragement of investments, the withdrawal of participants and the reduction of the market to the level of an oligopoly.”

The Romanian Commodity Exchange urges the authorities to maintain “the good measures of the new legislation” and to eliminate those with clearly negative effects […] “through consultation and real dialogue with all categories of market participants”.