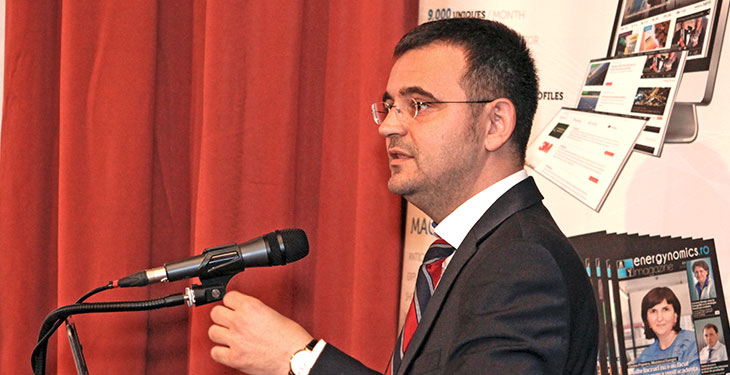 For the current management of Romgaz, it was not easy to take over the initial two-month mandate, especially since a new team had to be formed to take over Exxon’s holdings within Neptun Deep to solve some of the necessary documentation in record time. But the Romgaz directorate managed to submit the documentation on time, through a sustained effort that will continue in the next period, despite the interim mandate, says the general manager Aristotel Jude.

Thus, the new management of Romgaz will create a five-year strategy, which “takes into account the European Green Agreement” and the European provisions on renewable energy, says Jude.

In other news, Jude, whose term was renewed on Tuesday, April 13, for another four months, also says that Romgaz has imposed new conditions on the consortium of Iernut project contractors, which must decide whether to comply with the new deadline within two weeks, within the respite offered before the final decision to terminate the contract.

“If Exxon accepts the offer, an immediate priority will be to negotiate the contract to take over the company’s stake in Neptun Deep,” says Jude. Another priority is the construction of the Iernut plant by the end of this year. At the same time, Romgaz will ask ANRM to extend its exploration agreements for eight more perimeters by another six years, as they expire in 2021.

“Another priority objective is to review and update the development strategy of Romgaz for the next five years… and another objective, to ensure the premises and conditions necessary for the development of the supply business,” both to domestic customers and companies, says Jude.

“We want to expand the supply business as much as possible.”

Another priority objective will be the Hălânga power plant, by renegotiating the GSP Power supplier status. The plant will have a capacity of 150 MWe on gas and 50 MW solar, which will be integrated with green hydrogen production.

“Very important in this short term is also the elaboration and implementation of a digitalization strategy, so as to ensure the complete digitalization of the production process – automation of wells and production facilities, so that they are monitored in real time, so as to we reach an optimized predictive maintenance,” he added.

At the same time, the Caragele structure will receive a new management project, the investments taking into account the increase of the current production of 1 million cubic meters per day, made by the 20 wells, of which only one operates in the deep area of over 4,000 m. Yet, another 12 deep wells will be put into operation.

“We want to include Romgaz’s future projects in the European Green Deal and its climate neutrality ambitions,” Jude concluded.