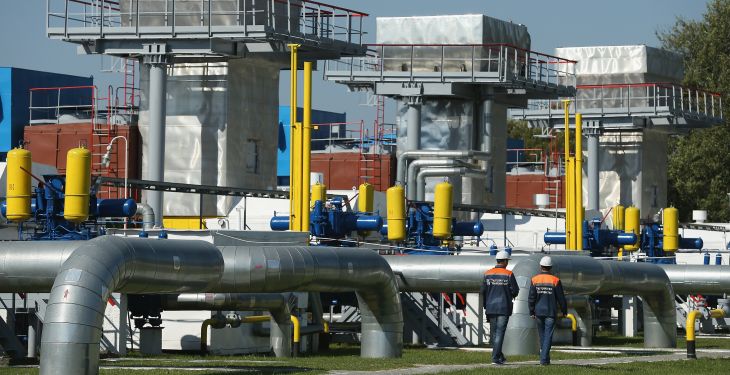 The National Natural Gas Transportation System Development Plan (PDSNT) for the period 2022-2031 was approved in the meeting of the Regulatory Committee of the National Energy Regulatory Authority, and the estimated total value of the investment works included in this plan is of approximately 3.6 billion euros.

“During the meeting of the Regulatory Committee of the National Regulatory Authority in the field of Energy, we approved the Development Plan of the National Natural Gas Transportation System (PDSNT) for the period 2022-2031, developed by the gas transportation and system operator natural SNTGN Transgaz S.A., in accordance with its legal obligations in force. This plan is an ambitious one and includes a series of major works to develop the interconnections of the Romanian system within the European system, as well as expansion works in order to connect new users, modernization works for the national transport system (NTS), works to ensure safety and security in the operation of the NTS. The most important objectives of this plan include the development of the system for taking natural gas from the Black Sea, the expansion of the transport system to allow the connection of the systems of distribution of the localities completed through The Anghel Saligny National Program, as well as ensuring the transport capacity to the Republic of Moldova,” says Dumitru Chiriță, ANRE president.

According to the document, the estimated total value of the investment works for the development of SNT included in the PDSNT 2022-2031 is approximately 3.6 billion euros, and the financing will be provided mostly from own sources and loans, but also from European funds.

The SNT development plan also includes the investments related to the storage of natural gas, to ensure that the storage operators increase capacities and the flexibility of the underground deposits, states ANRE.

“In the approval decision, we requested SNTGN Transgaz S.A. to carry out studies and pilot projects in the following period to establish the conditions for the transition to the gas-hydrogen mix, in accordance with the European strategy,” the statement also reveals.

previousMonsson and Rezolv Energy to build one of the largest solar parks in Arad, of 1GW
nextBulgaria: Natural gas price has fallen by more than 47% since November 1