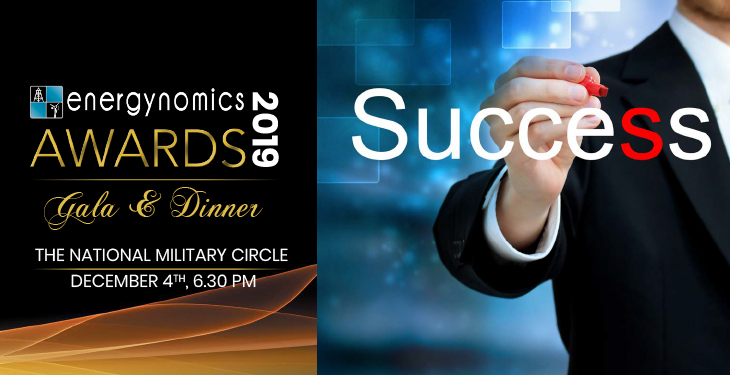 We continue to present the 2019 nominations for the energynomics.ro Awards, with the Young Energy Professional category. Only one of the projects below will be rewarded during the Gala from December 4th, but young energy specialist nominated deserve our respect and the widest promotion. We thank all the companies and personalities involved in this effort to draw the image of the Romanian energy industry in 2019 through its achievements!

For intensive activity in the energy field, in the academic environment, but also within the corporate, domestic and abroad.

Andreea Ioana Ilie graduated as Head of Promotion in 2019 the Faculty of Energy at the Polytechnic University of Bucharest, and since October she has been employed by Siemens. She was project manager for the events “Conference: Career in the energy industry” organized by SIER Bucharest Youth in March and November 2019, in Bucharest and Constanța. At these events more than 700 young energy workers from several university centers had the opportunity to interact with the main companies in the energy field. Employee of the Polytechnic University of Bucharest, as a student tutor, in the project financed by the World Bank – ROSE INCREASE – Increased retention in university studies in energy education, Andreea actively contributed to encouraging the 1st year students of the Faculty of Energy to remain in the energy field and contribute to the development of the energy system.

Director of the Directorate of Digitization and Innovation, within Distribuție Oltenia, Cosmin Ghiță coordinated the implementation of the SMART Transformation project, initiated in 2016, through which the operator set out to become a digitized company, with a solid strategy of automation and smart technologies. In 2018, Cosmin Ghiță coordinated the implementation of the pilot phase of the MWM (mobile work management) project in Olt county, carried out with 4 110 kV operating groups and 2 MT / JT teams. Later, the solution was also implemented in the counties of AG, DJ, GJ, MH, TR and VL, DEO electricians currently using 450 tablets in their daily activity. Cosmin Ghiță contributed to the improvement of the operational activity (10% reduction of the intervention time of the DEO operational teams in the first months), the efficiency, the flexibility and the standardization of the processes, the reduction of the volume of data processed manually, as well as the storage of the information in electronic format for the future use in the planning process. Cosmin Ghiță manages new digital solutions (AMI, smart metering, Asset Management and Advanced Distribution Management Systems, etc.), which are in various stages of implementation.

For coordinating the RAFF – Risk Assessment of Final Pits During Flooding project, within CE Oltenia. After the successful completion of the previous project, Bewexmin, in November 2019, as Project Partner Coordinator, Ionuț Predoiu managed to obtain new European funding for the CEO – and already receive the first installment, in September 2019.

The RAFF project, in which the CEO is a partner with 11 other units and companies from 7 European countries, has a total budget of over 3.4 million euros. For 3 years, the project aims to investigate the problems related to the lakes resulting from the open mining operations. The main objectives for monitoring abandoned mines / quarries are: geotechnical stability of the near vicinity and especially the slopes (both below the water level and on the final slopes of the lake), the quality of the water (chemical composition) not only in the lake, but also in the immediate vicinity.

In September 2019, Ionuț Predoiu was elected a member of the Academy of Technical Sciences of Ukraine – Kharkov University.

For the self-steering hybrid portable concentrator, a device made of a set of mirrors that by opening are placed on a paraboloid focusing the solar radiation on a collecting tube through which flows a flow of water that can be heated to 60-70 degrees Celsius. The device uses natural water sources and is designed for tourist activities, working points and interventions in areas without electricity.

Valentin Gârleanu coordinated a team of young researchers, concerned with innovation in the field of renewable and alternative energy sources, which involves students in experimental prototype creation activities, in areas such as solar energy conversion, fuel cells, batteries, super capacitors.

previousHidroelectrica proposes taking over the household consumers, so that the liberalization may take place in January
nextEnel X launches Homix, a smart home ecosystem