Acasă » Renewables » wpd Romania: We accelerate investments in onshore wind and photovoltaic, with projects of more than 1.6GW

wpd Romania: We accelerate investments in onshore wind and photovoltaic, with projects of more than 1.6GW 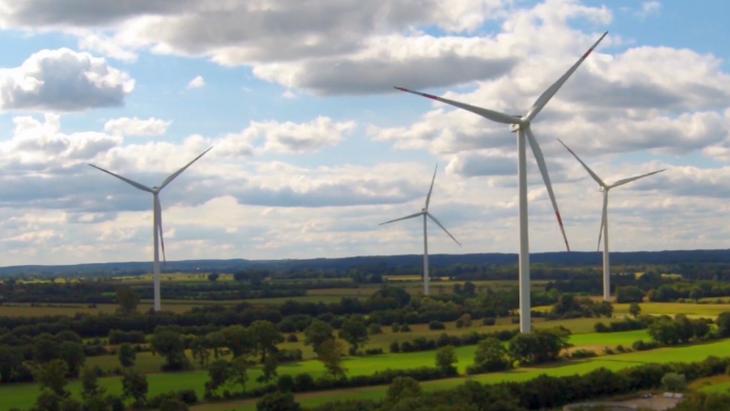 The German group wpd signed an agreement on May 6, 2022 with the American fund GIP for the sale of the offshore wind division, including the 2 projects in the Black Sea of ​​1,900 MW. Following the transaction, wpd strengthens its financial capacity and continues to focus on onshore wind and photovoltaic activities, which will help achieve the group’s goals of doubling its capacity from 2,500 MW to 5,000 MW by 2024, reveals a release received by Energynomics. wpd Romania is part of the wpd group, which develops and operates onshore, offshore and solar wind farms and is actively involved in 30 countries in Europe, Asia, Chile and the USA, being headquartered in Bremen. The German company has already built 5,620 MW of wind farms and is preparing new projects with a total of 13,900 MW of onshore wind and 2,300 MWp of solar energy.

”wpd Romania remains a part important part of this sustained effort and will accelerate the development and construction of its onshore renewable energy projects in Romania,” say company officials.

According to the official press release of wpd and the information published in the international and national media, wpd AG, one of the most important renewable energy producers in the world, with over 25 years of experience in onshore, offshore and solar wind energy has signed an agreement with the US Infrastructure Investment Partnership Global Infrastructure Partners (GIP) for the sale of 100% of its offshore wind division.

Following the transaction, wpd will be able to focus its efforts and provide the necessary resources to accelerate the development, financing, construction and operation of its onshore and solar wind projects, including those in Romania.

“Romania is one of the important future markets for wpd with the need to put significant renewable capacity into operation in the coming years,” said Nikolaus Eichert, MD, wpd Romania.

“With a generous pipeline of over 1.6 GW (onshore wind and PV) in development and several projects on wind power to be built in the next period, wpd Romania contributes to the development of renewable energy generation, capitalizing on the huge potential that our country has in terms of regarding the resources, the available surface and the energy demand,” says Mihai-Florin Necula, Head of Project Development.

”With offices in Iasi, Bucharest and Cluj-Napoca, we cover areas of interest with a growing team of both experts and young professionals to meet our goals.”

“Wpd AG will continue to strengthen its onshore and solar wind activities in the 30 countries of Europe, Asia, Chile and the USA. Our ongoing wind and solar projects totaled 2,500 MW by the end of 2021, and we will double that volume by 2024,” said Björn Nullmeyer, WPD’s Chief Financial Officer.