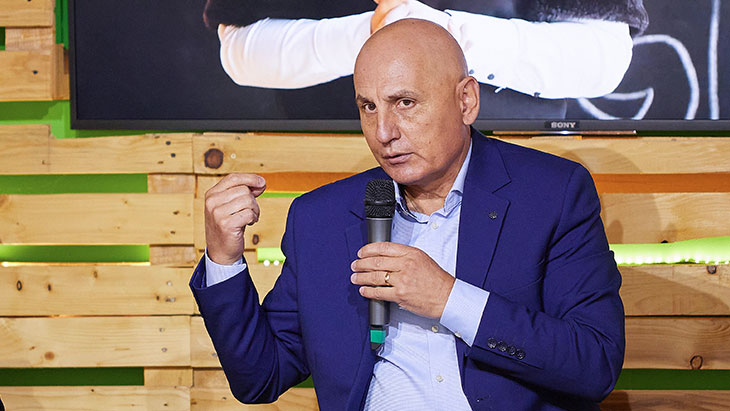 Optimal energy consumption can be ensured only by implementing modern solutions, through digitalization, and green energy is the future, said Vasile Asandei, general manager, ADR Nord-Est, during the conference Digitalization and Energy Efficiency, organized by Energynomics in Piatra Neamț.

“The north-eastern region of Romania is a lagging region in terms of development, and if we refer to energy, there are many problems to be solved here,” added the director of the North-East Regional Development Agency.

He supports the need for green, sustainable, cost-effective energy to solve problems such as energy poverty, which is present in several countries of the Union.

“Unfortunately, there are problems, in our desire to have enough energy, we attack the environment quite a lot. The two elements must be put together so that we can evolve. We should focus on a few directions. First, to save energy, to consume in a way that is as sustainable as possible. Then, let’s focus on the cleanest, greenest energy possible. For this we need investments, knowledge, first of all, research and development, innovation, implementation of modern solutions, we need digitalization, because through digitalization we can measure almost every aspect of our lives and do that objective of sustainable and optimal energy consumption,” Vasile Asandei also said.

“We had several financing lines through which we tried to reduce the consumption of thermal energy in particular, we made energy efficient various buildings, but I would say that we are still in an incipient stage,” he said, explaining that the degree of demand for Energy efficiency works of buildings was small, of around 1% of the allocated amounts.

“The blocks of flats in cities have not benefited from energy efficiency, and it remains to be seen why. First of all, maybe the system was not well thought out, the way the costs are borne by the tenants, the fact that the decision to take in a cumbersome way, are a lot of issues that need to be taken into account, and for the next period, will we have to think so well about these financing programs in order to have a result and an impact,” continued Vasile Asandei, during the Energynomics conference.

“We are an institution involved in this process, which starts with planning and programming, with a correct thinking of what we have to do, and follows the implementation. Unfortunately, we are a lagging region, only 23% of homes in the North-East Region are connected to the gas network – so a large part of these homes are heated from other sources.

previousRadu Rat, Axpo Energy: First physical PPAs in Romania are still some time away
nextAndrei Carabelea: Electromobility is a central point of development in Piatra Neamț