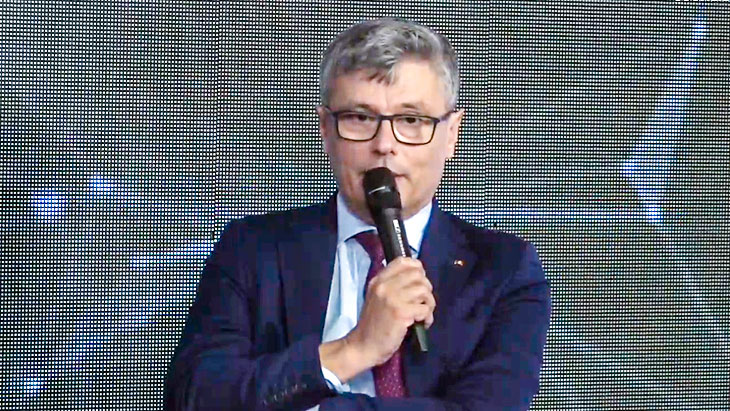 We have a profit in all companies in the National Energy System (SEN), but they speculate on market conditions, said the Minister of Energy, Virgil Popescu, during the Romanian Energy Symposium – SIREN 2021, organized by CNR-CME.

“Companies don’t have to keep that level. The profit speculates, in my opinion, market conditions. Let’s not forget that the price of the CO2 certificate is more than double compared to last year and all energy companies sell at a marginal price and make a very high profit. Part of this profit must return and help the citizens, because if we look at all the opportunities of Green Deal – it is an engine of economic growth, for investments, we have very large funds – the National Plan for Reconstruction and Resilience, 1.6 billion for energy, Modernization Fund – 10 billion, for the energy system, for thermal, for renewable… Until we stabilize the energy system, until new investments are introduced, based on renewable energy, until we make the transition from coal to green energy, through natural gas, certain disturbances occur in the market, and these things need to be resolved. And the role of the Government is that part of the profit made by these companies return to mitigate these price increases. CO2, which in turn will be reflected in prices. We must make sure that the population and companies can pass this bearably,” said Popescu.

“We are working on this in the Government, in addition to the Vulnerable Consumer Law, which is in Parliament and I am convinced that it will be adopted in the Chamber of Deputies this month, we are also working on an emergency ordinance to compensate Romanians with average income both for electricity and natural gas, for this winter, where we have turbulence, both for natural gas and electricity,” Popescu added.

previousIulian Iancu: Romania must capitalize on its chance to use the Union’s instruments as efficiently as possible
nextTánczos Barna: Everything that means environmental protection costs, but the costs must be bearable