Acasă » General Interest » Iulian Iancu: Romania must capitalize on its chance to use the Union’s instruments as efficiently as possible

Iulian Iancu: Romania must capitalize on its chance to use the Union’s instruments as efficiently as possible 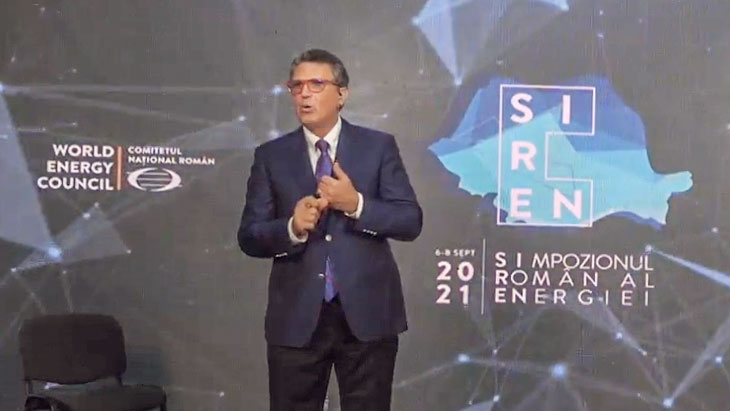 Romania must capitalize on its chance to use the Union’s instruments as efficiently and quickly as possible, as they can contribute to the recovery of the economy, says Iulian Iancu, president of CNR-CME.

The World Energy Council showed in a study conducted in 94 countries that 80% of the biggest mistakes made in the energy field were caused by political decisions, said Iulian Iancu, CNR president -CME, within SIREN 2021- Romanian Energy Symposium.

“Today it is more important than ever to return and start from the new chance that Romania has, respectively, energy is the new chance… Year after year, energy has risen to the top of the political agenda, worldwide,” said Iancu.

The trilemma given by concepts such as energy security, social security and climate change 7-8 years ago did not receive due attention, and over time it has been shown that there is a huge complexity in the system, and disruptive factors have not ceased to appear.

“What happened in the last year… you met with the phrase ‘unprecedented’… unprecedented – level and quotations at minus for oil. Unprecedented, an increase in a year from minus, at such a high level of oil prices, in such a short time. Unprecedented, such large increases in energy prices in such a short time. Unprecedented – to question, with aggression and firmness, the removal of natural gas from the energy mix. Unprecedented commitments of trillions of euro for the energy sector… All, until July. On 14 July, the European Union, which took over a set of measures called the Green Deal, with 37% of all Green Deal funding going to the energy area, adopted the most important document in the history of the European Union, which it will bring about fundamental, structural changes in the composition and structure of the economic and social life of the Union. This set, which today is summarized in 12 laws, basically aims at four pillars – the first – focus on renewable energy injection in all areas. Renewables will not only be sources of generation, but we will find them in buildings, transport, industry, agriculture… This emphasis is found in a set of five measures of interest for Romania,” said Iancu.

A second emphasis is placed on the intention to change natural gas with renewable gas, with development potential for Romania. Thirdly, state aid support for bioenergy is foreseen, and the fourth pillar focuses on energy efficiency. For Romania, efficiency is very important, the potential being huge, Romania being the country with the highest energy-intensity in the Union.

“Following this package, the Union will come up with the New Wave of Renovation, a set of regulations that will encourage the massive, fast-paced renovation of buildings, starting with public buildings, and now going to SMEs, and, further, to all buildings – we are talking about 35 million buildings – target by 2030,” Iancu added.

“The key is hydrogen. Now it has been given a definition, by the end of the year we will have the set of regulations to confirm, certify its quality, and hydrogen that comes from decarbonization is also allowed. The key is to decarbonize all areas. As such, the most important target – 40% of the energy raw material by 2030 must be from renewable sources,” Iancu also stated, within SIREN.

“By 2026, there will be still a technology subsidy. We will have to capitalize on this time interval and the 70GW in the Black Sea – to capitalize on offshore and onshore wind throughout Romania. We will have to capitalize on photovoltaics throughout Romania, but also for all buildings … we have 127,000 buildings in the area of public administration and 9% of consumption in 2020 must be reduced by 2030, ie about 1.5% per year – double as compared to latest period. For this, you should start renovation, efficiency, reduction of consumption, in all public buildings. Think about the economic circuit … all companies, strongly affected by the crisis, have a chance to relaunch … that’s why I say it’s Romania’s chance,” he added.