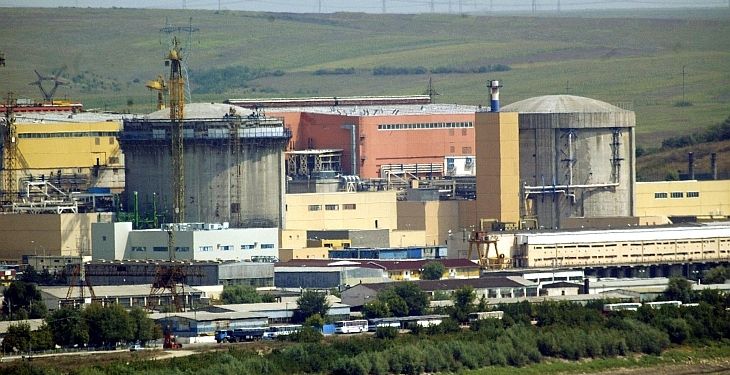 At United Nations Conference on Climate Change (COP27), US Exim Bank announced the issuance of two Letters of Interest for the financing of US sourced pre-project technical services in connection to the Cernavoda Units 3 & 4 Project developed by Societatea Nationala Nuclearelectrica S.A.’s subsidiary in Romania.

Romania has a long and trustworthy partnership with U.S. in the nuclear field, concluded in October 2020, with the Romania – U.S. Intergovernmental Agreement (IGA) in the field of nuclear energy, which was also ratified by the Romanian Parliament, according to Law no. 200/2021. The US Exim Letters of Intent follow the Memorandum of Understanding (MOU) signed in October 2020, in which US Exim Bank expressed an interest to finance major energy investment projects in Romania, including nuclear ones, adding up to a total value of $7 billion.

US Exim Bank Letters of Interest reaffirm the U.S. – Romania’s long-term partnership in the field of nuclear sector, supporting the development of Units 3 & 4 on due time to reach Romania’s climate and energy security goals.

As Nuclearelectrica is committed to complete at the highest standards of safety and excellence Units 3 and 4 and prove once more Romania’s capability and leadership in nuclear field, the quality of U.S. products and services will bring an added value and support us in reaching its goals.

Nuclearelectrica salutes and appreciates the effors of U.S. Exim Bank team, the support given by the United States, at the highest level of Mr. President, Joe Biden, U.S. Special Presidential Envoy for Climate John Kerry, U.S, Government, U.S. Department of State, U.S. Department of Energy, as well as the support given by Romanian Presidency, Romanian Government and Parliament for the development of Romanian nuclear program.

Approved in April 2021 by the Ordinary General Meeting of Nuclearelectrica’s Shareholders, the Strategy for continuing the CANDU Units 3 and 4 Project of Cernavoda Nuclear Power Plant is being implemented in three stages, in accordance with the international experience in the construction of nuclear power plants.

Stage 1, the current one, started at the end of 2021, represents the preparatory stage, which initiated by capitalizing and operationalizing the project company, Energonuclear S.A. This stage will last up to 24 months, during which a set of engineering and safety documentation necessary for the Project re-start will be prepared/up-dated (update of Licensing Basis Documents, Safety Design Guides, Safety Related Design Changes, re-evaluation of the existing civil structures etc), required to substantiate a preliminary investment decision.

On November 25, 2021, Energonuclear S.A., the project company, signed the first contract with Candu Energy, a member of the SNC-Lavalin Group and the Design Authority and OEM Candu (the Original Manufacturer of the Candu Technology) for the Project. Within the contract, CANDU Energy will provide engineering services for drafting and updating the necessary documentation for initiating the Project of Units CANDU 3 and 4.

Stage 2 of the project (Preliminary Works) consists of performing preliminary works and estimated to last up to 30 months. This stage will consist in preparation of critical engineering (“Limited Notice to Proceed – LNTP”) for the definition of the project, structuring and contracting financing and agreeing upon an adequate contractual architecture for the implementation of the Project, obtaining the Nuclear Safety License for Construction, re-assess the feasibility of the Project based upon updated technical and economic indicators and adopting the Final Investment Decision (FID), for the transition to Stage III (Construction).

Stage 3 of the Project consists of site mobilization, start of the construction works, commissioning and start of the commercial operation of the Unit 3 in 2030 and Unit 4 in 2031.

Based on the ROMATOM study on the capability of the Romanian Nuclear Industry to participate in the development of the Romanian nuclear program, it is estimated that the potential participation of the Romanian Nuclear Industry, with reference to the goods and services identified in this study, can be evaluated at about 1-1,6 billion Euro, which would represent between 25% to 40% of the total value of the Engineering, Procurement, Construction and Management Contract, thus representing a significant contribution with a major impact on the national economy and its re-industrialisation. The study also estimates that local industry can provide a maximum of 19,000 jobs committed to the development of the Romanian nuclear program (11,000 existing jobs plus 8,000 jobs that can be created if orders are received).