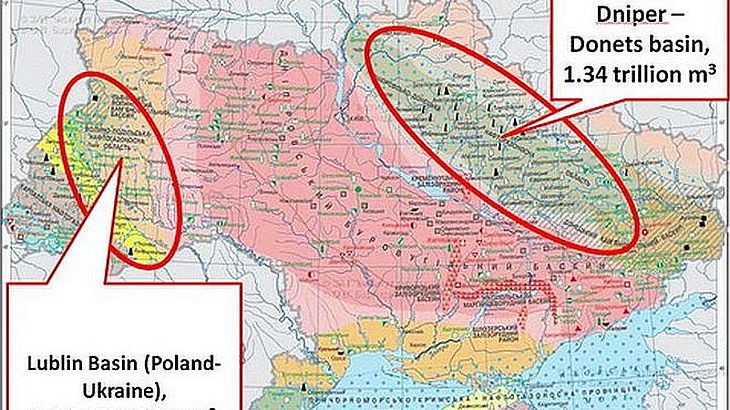 A local council in Western Ukraine voted against a draft production-sharing agreement with  Chevron. The draft received critics that essentially said the deal will likely damage to the environment. Deputies in Ivano-Frankivsk region had sent the draft back to the government, asking for additional guarantees. Reuters reports that the local deputies expressed concerns over the ecological consequences of shale exploration in the mountainous forest region which is known for inland tourist resorts. This rejection of the draft deal complicates things. If the Ivan-Frankivsk council eventually supports the deal, it would still require the approval of a second council in the Lviv region.

Chevron deal is about exploring the Olesska shale field in western Ukraine, and this deal would be the second shale agreement in Ukraine, if eventually signed. Dutch Royal Shell signed the first one, a 10 billion dollars deal for the Yuzivska field in Eastern Ukraine. The industry is carefully looking at Ukraine’s shale gas developments. The Ukrainian Government sees shale gas development as an important mean to decrease the ex-soviet republic’s dependence on costly russian gas imports.

Fuel Minister of Ukraine was quoted saying that US energy company Chevron has proposed investing 350 million dollars in initial tests to ascertain the commercial viability of gas deposits at the Olesska field, with a 3 billion dollars investment envisaged for the first stage of extraction. Asked about this setback, the Minister told Reuters that “we will consider the proposals (from the council) and in mid-September there will be another vote. There is nothing dramatic in what has happened. This is the normal working process.” Chevron reacted too. A spokeswoman of Chevron declared: “Chevron looks forward to understanding how the Ukrainian government plans to address the concerns raised by the Ivano-Frankivsk Regional Council which will enable us to move forward expeditiously to implement this strategic project.”

OMV Petrom is also exppecting the signing of a production sharing agreement in the next three months that will allow the company to start preliminary works at the Skifska field. The Skifska field is located in the Black Sea shelf. Lukoil lost the bid to develop the Skifska field because Kiev selected in August 2012 a consortium composed from ExxonMobil, Royal Dutch Shell, OMV Petrom and the Ukrainian National Oil Company Nadra Ukrainy to do the job.