Acasă » Oil&Gas » Consumers » US experience in gas and smart grid, not available for Europe

US experience in gas and smart grid, not available for Europe 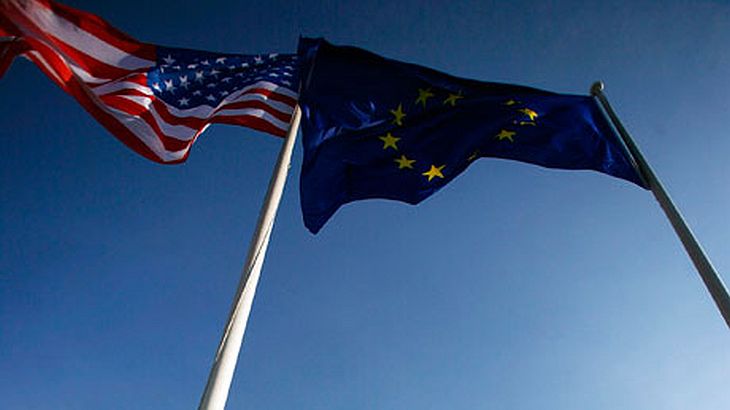 For that matter the continent is mired in environmental concern, internal political clashes and fears in eastern Europe that, once again, “the Russians are coming”. But this difference is only superficial and doesn’t tell us much. According to David Walker, CEO of DNW Kema Energy & Sustainability, on the smart grid front, European and American utilities are both speeding deployment of smart grid technologies. In an interview with EnergyBiz, David Walker correctly identified the fact that the natural gas business is extremely different in Europe from what is happening in America. So, we might ask ourselves, why the logic and the rationale behind the rhetoric or the lobby made by the American companies on the European soil draw from conclusions resulted in US?

But for now let us see the concrete differences between the gas business of these two huge economic actors, with 50 % of world GDP and almost 30% of total global output. First of all, the production in the North Sea starts to decline after reaching its maturity. What David Walker is saying here is that although it has some new fields, most of the deposits in this region are more than 20-30 years old, with Norway at its forefront. In fact, Norway is still the continental country with the largest proven natural gas reserves.

With this trend in declining production comes another one. Most of the majority of gas used in Europe is imported from Norway and Russia (both non-EU countries, but with different legal statuses regarding the commercial and trading agreements with the EU). Other suppliers, with quotas that increases yearly, are the countries from North Africa (mainly Algeria and, once the political stability will be re-established, Libya) and Qatar. With these suppliers, if Europe starts building the facilities required, it could enter in a golden age of natural gas without the exploitation of shale. The North African and Arabic countries could supply LNG at low prices, much lower than the oil-indexed Russian prices or the prices of US LNG.

If you speak about shale gas in Europe, you can’t expect to find a coherent approach, despite the fact that the continent has areas suitable for its exploitation. France is dedicated in banning the exploration of such natural resources, and so are Germany and Italy. Poland speeds the process; UK modifies the taxes and levies applied so that the fiscal incentives invite the companies to do the job. On the eastern front, Romania is passionate about the subject.

No matter which answer you obtain, whether is no or yes or somewhere in between, the subject lights up the TV screens. Even if Europe starts producing shale gas now, the productivity of this endeavor will suffer because of a few major factors such as environmental restrictions, lack of legal framework, lack of equipment and rigs. Also, David Walker rightly and brightly points out that the US has the kind of onshore infrastructure Europe doesn’t possess because “there is no real history of large-scale onshore drilling in Europe like you’ve had historically in the United States.”

Smart grids will have the advantage of being more customer-oriented

Besides the technical features of smart grids there is one component that hasn’t received the same attention. We are referring here to the intelligence-gathering opportunities these grids offer. The basic grids are pretty old both in US and in Europe, and the need to replace the aging infrastructure will open the possibilities for a better data gathering through sensors or other analytics tool. Embedded sensors will provide additional data regarding fault detection and aid in service restoration by pinpointing problems locations more quickly, David Walker says.

He also is under the impression that the US has always been more customer-focused than Europe. And he is right to say that, but this derives from strategic imperatives, the need to centralize the state in a conflict-ridden continent. This is why the EU has started with the construction of an organization that put together the coal and steel resources of France and Germany. Such an initiative would have been in the US simply a market procedure. In Europe, steel and coal resources have been the primary resources used in war economy, the resources used more intensely to build arms and militaries. So, the initiative to build the first European community was one of ensuring continental security.

From a historic point of view, this reflected in a Europe that for long periods of time preferred big, monolithic, state-run enterprises and public utilities. Since Europe is war-free and since the European political leadership thinks that during its tenure a European man and a European conscience will be created, there are some states that tries to decentralize and privatize. What will this do the nation-states capabilities to self-defense and organize properly remain to be seen.