Transelectrica gets a new transformer – investment of 15 mln. lei 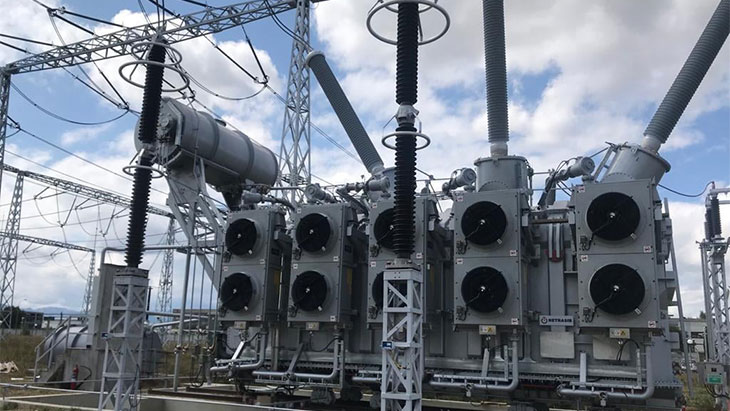 Transelectrica has announced an increase in the transfer capacity at the interface between the electricity transmission and distribution network, as well as the connection capacity of new power plants in the Sibiu area, to a value of up to 200 MW, it is shown in a release received by Energynomics.

“This objective was achieved by putting into operation the second 250 MVA transformer, 400/110 kV in the 400/220/110/20 kV Sibiu Sud Transformation Power Station. It is about an investment of approximately 15 million lei, made from own funds and completed on August 27, 2021, when all the operating tests were successfully passed,” the company said.

The investment was made with the support of contractors Smart S.A., ABB Power Grid, Retrasib, GE Energy and Farben.

Transelectrica reported in the first half of 2021 (H1) a decrease in net profit of 10.34% and of EBITDA by 9.96%, despite operating revenues increasing by 30%. Thus, “the net profit registered a decrease in the analyzed period, reaching 104 million lei in H1 2021, compared to 116 million lei registered in H1 2020”, it is shown in the company’s report, consulted by Energynomics. Operating expenses increased by 44%.

previousEBRD becomes a shareholder in Vestmoldtransgaz, with an investment of 20 million euros
nextHungary and Russia – new long-term gas supply agreement