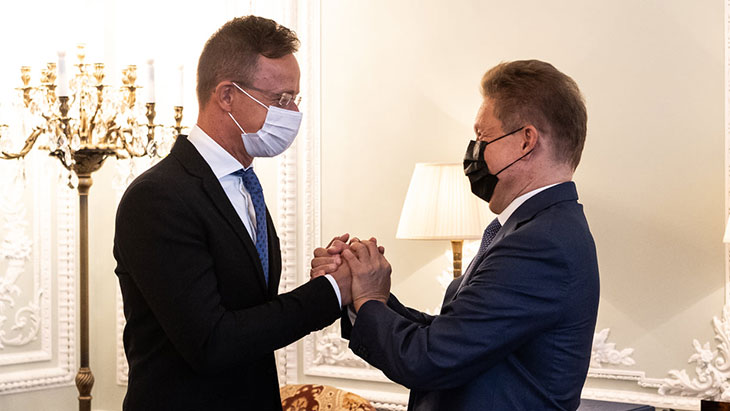 Hungary has negotiated with Russia all the terms of a new long-term gas supply agreement, which will enter into force on October 1, 2021, Hungarian Foreign Minister Peter Szijjarto announced on Monday, according to Reuters.

Szijjarto said that the agreement with the Russian group Gazprom is one for a period of 15 years, with the option to change the amount of gas purchased after the first ten years.

“We also agreed on the price, which is much more favorable than the one stipulated in the agreement signed by Hungary in 1995 and which expires now,” Peter Szijjarto wrote on his Facebook page, without providing further details, according to Agerpres.

Russia’s Gazprom group confirmed that a meeting had taken place with the Hungarian foreign minister, but did not provide further details.

“The parties discussed several important issues, as well as prospects for cooperation in the field of natural gas, including gas supplies to Hungary,” the Russian group said in a press release.

So far, Hungary has relied mainly on Russian natural gas, and the Budapest authorities have never signed a long-term supply agreement with any supplier other than the Russian group Gazprom, which is working to expand its presence in Europe by building more gas pipelines, writes Reuters.

In recent years, Hungary has begun to diversify its natural gas imports by opening gas interconnections with most neighboring countries and signing several supply agreements, including one with the Shell Group, which aims to supply liquefied natural gas (LNG) through a terminal in Croatia.

previousTranselectrica gets a new transformer – investment of 15 mln. lei
nextANPC fines a supplier from Timiş for misleading offers