Three ideas for investors in the Romanian energy sector 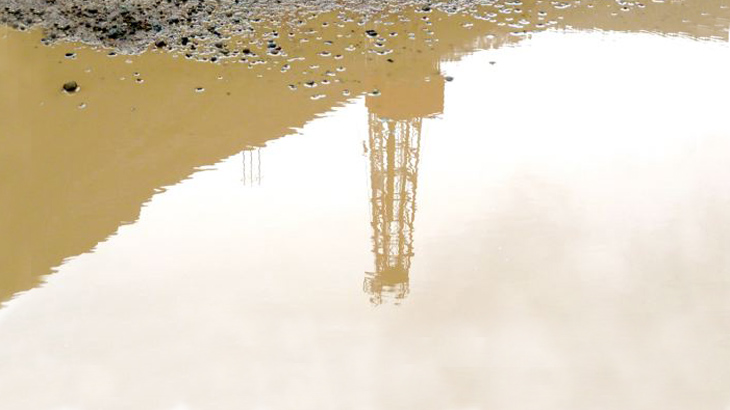 One of the concepts that often attract attention when talking about the future of energy industry in Romania is the so-called “energy hub” idea. In other words, it is about the vain and always deferred goal to transform Romania into an energy hub for the region, with its immediately following step: energy independence. Bulgaria and Serbia are also dreaming for such an accomplishment as to become critical players in the energy market in the Balkans and Southeastern Europe. But Turkey is the country has already made very important steps ahead of all the others, well capitalizing on the advantages of a much larger economy in accelerated development, the strengths of geographic location (right besides the Middle East and the Caspian Sea resources of fossil fuels), and the control the Bosphorus Strait.

Much more than energy trade

Romania still retains the potential to become a major exporter in the region, and the idea is often to be found in the discourses some analysts or government officials deliver. Recently, the Bulgarian Energy Minister Julian Popov spoke about the need for a change of perspective: to give up the focus on energy trading, for an additional emphasis on exchanging energy. An interesting idea that comes with many challenges, when we think that energy commodities are unlike any others. In addition, how to avoid the risks caused by speculative trading? in recent years we had the opportunity to see that even a long time regulated framework as in the financial systems was not strong enough to stop excesses and frauds, which is still visible around the global economy.
Finally, most of the energy businesses are still heavily controlled by the state all around the South-Eastern Europe, and their way of doing politics was for many decades incompatible with an economy where competition has a leading position. Such a history is not easy to forget. Attitudes and practices in business and politics have began to change, slowly but surely, and political interferences still detter addressing the fundamental questions with a perspective larger than the 4 years electoral cycle. Exchanging energy could increasingly become an way to get access to energy at good prices, but getting there might prove to be a difficult journey, with many social, technical and legal obstacles.

For any investor in energy, the issue of royalties and the regulatory framework are closely related. Thus, any comment on the looming changes in national and European legislation can be put in the context of renegotiations to establish new levels of royalties. There are already available subtle conflicting statements on these issues, with vast commercial implications. Some of these bluntly state the fact that energy in Romania is among the cheapest in the EU. Such assessments – sometimes uttered by state officials – tend to oversimplify, taking into account a price per MWh or per liter of fuel, that is not weighted with the purchasing power or inflation. When these two elements are included, charts tens to turn upside down, and put Romania among the countries with the most expensive energy!

On the other hand, even when it is accepted that energy is still expensive, the fact is explained by invoking the contribution the large taxes have into the final price. Again, here there is a questionable assertion. Romania has the lowest taxes and duties compared to European countries with much higher medium revenues level, even compared to countries that have no resources of hydrocarbons at all. Why so many attacks on the tax and duties levels? And how comes that energy remains still expensive despite the fact that production exceeds the demand nowadays? The answers to these questions are in close connection with the announced change in the Petroleum Law, with the new Law of Mines, and the future system of royalties. Since autumn, there will be a great fuzz on this issue – more public debates, but also more lobbying against the government. All expectations goes to modification of charges so that the Romanian state to increase its revenues. However, the disputes are most likely to escalate via statistical information (mis)communicated strictly to influence public attitudes and policy.

Before independence, energy security is the star to chase

Regarding the new exploration / exploitation scheduled Romania, one should pause for the time being any thoughts on the estimates about the amount and the value of the resources identified. It is clear that for some years Romania will still depend on importing fossil fuels. Even this subject aside, the unknowns challanging the oil and gas sector are not few, especially since production has steadily declined in the last 10 years. The sector has to respond to its fragmented deposits, to technological risks, and to environmental standards imposed on old waste management facilities. In addition, when about non-conventional energy, we might add a number of symbolic risks. Articles published by the media and the (lack of) skills in communicating information to the Romanian public can generate strong reactions from urban as well as from very densely populated rural communities.

previousChevron profit recorded the biggest decline in the past four years
nextOMV launches an international campaign to recruit 1.600 new employees