Chevron profit recorded the biggest decline in the past four years 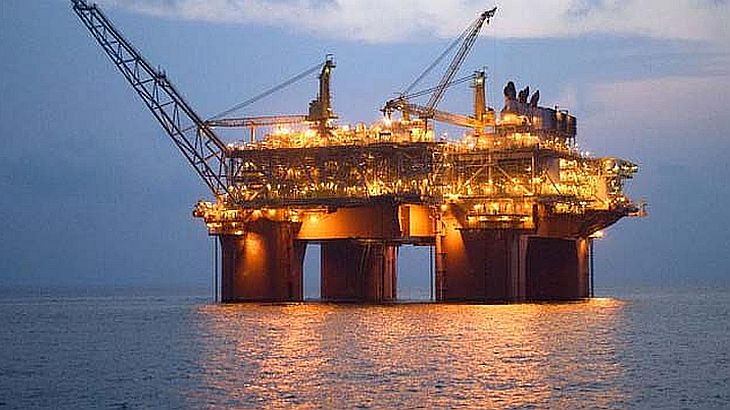 Chevron, the second largest energy company world-wide by market capitalization, recorded a 26% decline in net profit in the 2nd quarter, the biggest in the past four years, reaching 5.37 billion dollars, thus missing the analysts’ expectations and projections because of lower prices and weaker production. A year ago, Chevron recorded a net profit of 7.21 billion dollars, according to Bloomberg. Oil and natural gas output fell by 1.6%, the lowest level in the past five years, and the new exploitation wells in Angola, Golf of Mexico and Pennsylvania didn’t help to balance production.

The price of oil Chevron sold overseas dropped by 5% in the 2nd quarter, while refining profit dropped by 59%, to 766 million dollars. The Chairman and CEO of Chevron, John. S. Watson, pledged in March to increase oil production and gas by a fifth, to 3.3 million barrels of oil equivalent/day, until the end of 2017, through some mega-projects such as the gas exploitation in Australia.
Exxon Mobil’s net profit, the largest energy company on the stock market, dropped too, by 57% in the 2nd quarter, to 6.86 billion dollars, the first decline recorded in the last four years, because of a negative price evolution for oil on the international market.

The US boom in oil and gas output bypassed the two energy giants. The online edition of Wall Street Journal informs that Exxon’ oil and gas production fell in 2012 by 6% compared to 2011, reaching 4.2 million barrels/day. In the same interval, Chevron’s production fell by 2.4%, to a low of 2.6 million barrels/day. The results of these two companies are in stark contrast with the overall industry trend in production, that recorded a 12% increase in the last 10 years. Oil prices tripled in the last decade, sometimes reaching more than 100 dollars/barrel, but if the supply doesn’t follow, it becomes expansive to exploit the resources with a consistent profit margin rate.

Chevron costs to produce a thousand cubic meters of gas or a barrel of oil have gone up by 41% in relation to those in 2010, and Exxon costs by 23.5%. Likewise, the capital costs grew up for both of them, since the amounts of money at hand fell in relation to the past quarter, debts accumulated (most recently Chevron issued in July six billion dollars in corporate bonds), and Exxon Mobil suspended its buy-back stock program.

previousConpet profit rose by 25.7% in the first semester, reaching 5.8 million euro
nextThree ideas for investors in the Romanian energy sector