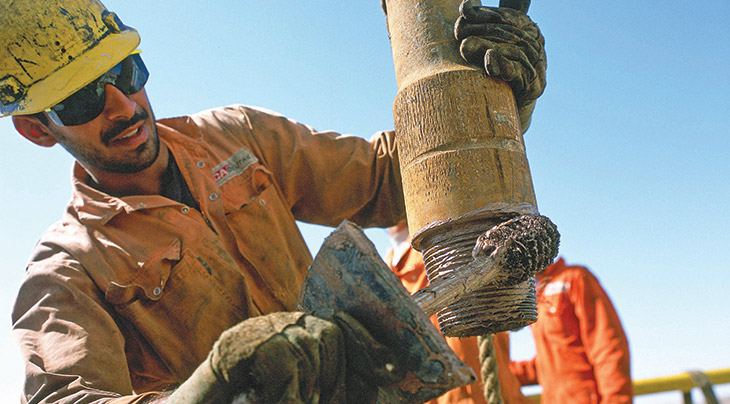 The crude oil Brent price has kept falling through one psychological bottom after the other: since June’s $115/b (barrel), it decreased to $100/b on September 10, $90/b on October 9 and $85/b less than a week later – with a distinct possibility of soon hitting $80/b.

This 25% price drop is excellent news for energy consumers and a boost to the world’s slumping economy. Meanwhile, it is horrible news for the producing countries. Russia, a country that depends on oil and gas exports for half of its government revenues, assumed for its state budget proposal for 2015-2017 a level of $100/b. For every $10 that the oil price drops under this fiscal break-even point, Moscow loses 1% of GDP. Hence, a long-lasting $80/b prospect would take 2% out of the Russian economic growth. Coupled with lack of access to financial markets under the Western sanctions and massive capital outflows, Moscow must diminish public spending, while the Russian public suffers worsening living standards.

Because of such effects, more than a few Russia-focused commentators have ventured into conspiracy theories, assuming the oil price drop was caused by a U.S.-Saudi collusion, upon Washington behest, to punish Russia for its transgressions in Ukraine.

Fact is, against the background of crude production upsurge in the U.S. (3m b/d since 2011, plus 1m b/d of condensates and gas liquids) and Canada, the Saudis decided not to curtail production. Instead, they have maintained the output and lowered the price on the Asian markets. Other Middle East producers – including Iran, Saudi Arabia’s archenemy – have had to painfully match the discounts.

Nevertheless, such parochial theories ignore the huge costs that both the U.S. and Saudi Arabia have had to incur because of the low oil price. Besides, the American hydrocarbon production boom is Riyadh’s biggest contender in terms of market share, a challenge exacerbated by the current context of bearish global demand.

The IMF has indicated that the Saudis’ fiscal break-even in 2013 was $89/barrel, and that the Kingdom will need a price level of $90.7 to balance its 2015 budget. Given the country’s massive public spending commitments – a $160 billion social program started in 2011 to appease the wave of political contestation stirred by the Arab Spring – it can ill afford longstanding depressed oil prices. However, Riyadh has accumulated more than $700 billion worth of foreign assets, so it has ample means to draw on in case the oil price hovered around $80/barrel up to a year.

For America’s part, the price slump will test the economics of shale oil production. Will a protracted $80/barrel cool off the shale oil boom? In any event, this is what the Saudis appear to be thinking. Indeed, Riyadh seems to have bet that shale oil production, which in theory is more expensive than Middle Eastern fields’ output, will not be able to withstand the backlash caused by lower prices. They may be right, but then again, they may be in for surprisingly robust shale economics. As noticed by Financial Times’s Ed Crooks (Oct. 22), “There is no single answer to the break-even price for shale developments: it varies from area to area and well to well.” While some shale E&P companies could not even handle prices under $100/barrel, the median shale development currently requires merely $57/barrel of WTI variety to break-even, according to IHS.

With more than 18,000 horizontal wells planned in 2014 only, the industry has streamlined logistics and equipment costs and seems to have room for further cuts in the average costs of a shale well. At the same time, productivity per well has increased in the main shale plays of North Dakota and Texas, due to technological and engineering improvements. Indeed, the American shale oil economics seem to be more resilient than commonly assumed.

Therefore, while shale oil production will continue to fall marginally in the higher-cost blocks, shale energy may well be able to adapt and stay more abundant than hoped by Saudi Arabia, its OPEC fellows, and Russia.