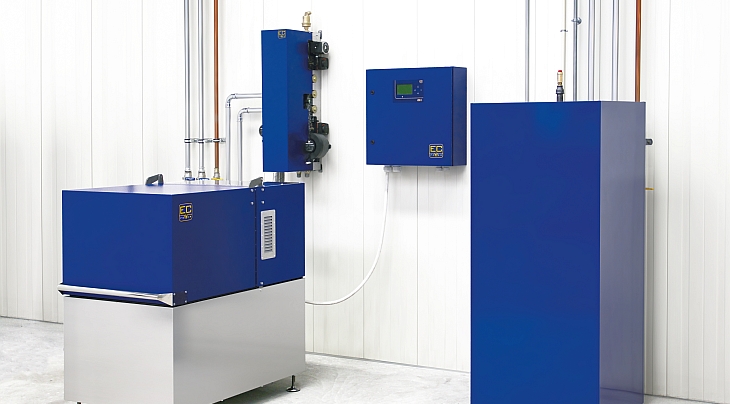 Currently, the micro-CHP systems benefit from solid support in Europe, while in the U.S. they are developed taking advantage of favorable ratio between electricity and gas price. Even without dedicated support schemes, investment in micro-CHP systems is profitable in Romania as well. Therefore, this area will develop, micro-CHP systems being a solution adapted to the site where consumption takes place and where the system is installed.

One of these documents estimates that by 2025 gas and biogas-fired micro-CHP systems will be installed in the EU countries with an installed power totaling approximately 5 GW. It is a market worth approximately EUR 10 billions. The growth pace of the sector is estimated to maintain until near 2040.

Stimulation through price and legislation

There are two main incentives for the investment decision in a micro-CHP system, namely:

b) Legislation promoting investment in micro-CHP systems, granting subsidies (as bonus or as fixed tariff) for each unit of electricity produced in micro-CHP regime and exported into the electricity distribution network.

The first incentive is very powerful, especially in the U.S., where the ratio between the electricity price and the gas price ($/kWh electrical vs. $/kWh in gas) ranges between 5 and 7. This ratio is and will be strongly influenced by the recent discoveries of shale gas reserves and by the significant decline in gas price, as a result of production growth.

Unlike the U.S., in Europe the ratio between electricity price and gas price is much lower, being around 3 at EU-28 level in 2013, according to EUROSTAT statistics. The ratio is strongly influenced in Europe by the subsidizing of prices, which distorts the market, by the reliance on Russian gas and the impact of commissioning wind and solar power plants in the past 5 years. It is, however, possible that with the discovery of new gas reserves, both conventional (North Sea, Black Sea etc.) and shale gas, this ratio could grow, favoring investments in micro-CHP systems for own consumption, but also for the sale to electricity traders.

The second incentive, legislation promoting investments in micro-CHP systems, is very common in the developed countries of the European Union (Germany, Denmark, UK, The Netherlands). In these countries, in parallel with the development of the European legislation, internal regulations have been introduced stimulating investments in on site generation for onsite consumption, in order to reduce or even eliminate:

Moreover, in these countries, “best practices” have also been developed, applied in the development and commissioning of micro-CHP projects. Some of the most advanced can be found in Germany, The Netherlands, UK and France.

FIXED TARIFF and GRANT The Energiewende (energy transition) strategy in Germany has promoted micro-CHP as one of the technologies generating energy savings in the residential and commercial sectors. Thus, micro-CHP technologies are eligible for the cogeneration bonus, which adds to the market price for electricity produced in micro-cogeneration and sold in the network (feed in tariff/fixed tariff).

Moreover, in order to encourage consumers to choose micro-CHP technologies for own consumption, when someone decides to change its boiler or make an investment in increasing the energy efficiency of the building, using a micro-CHP system below 20 kWe, it will get a grant with a value between EUR 1,425 and EUR 3,325, depending on the installed power of the system.

VPP In the Netherlands and Germany, micro-CHP systems have developed including as part of pilot projects of “smart grid” type, in order to prove the feasibility of certain solutions of micro-CHP distributed, reliable and flexible. They have, at the same time, a very small carbon footprint and operate as virtual power plants spread over a wide area – VPP. Virtual Power Plant (VPP) represents groups of distributed power generation systems, located in a wide geographical area, without physical connection between them and operated by a central entity using integrated management systems in real time.

SIMPLIFIED CONNECTION In UK, there is a simplified procedure for grid connection of generation systems for own production that deliver less than 16A per phase (ER G83/2).

According to this procedure, the installation of the micro-CHP system is done by a certified plumber, which, once the unit is installed, is required to notify the network operator within 28 days. In turn, the operator is required to approve the connection as soon as possible.

ALTERNATIVE TO SAVING In France, from January 2011, micro-CHP is eligible for the energy saving certificate (White Certificate). Also, in France, micro-CHP technologies are taken into account in the methodologies of the last “building code” (RT 2012). Moreover, installation of a micro-CHP system is an alternative to requirements to use green energy for buildings with consumption of 5kWh/m2 per year, and natural persons who install micro-CHP benefit from tax discounts.

When is it worth investing in a micro-CHP project

For sites that buy low voltage electricity, a ratio between the electricity price and the gas price around 3 ensure a simple return on investment in approximately 3-3.5 years, with an internal rate of return between 11% and 13% and a positive net present value of approximately 4-4.5 years.

If the ratio reaches 4, then the simple duration of return on investment decreases to 2.5-3 years, and the net present value becomes positive after about 3.5-4 years, with an internal rate of return of the project between 12% and 14%.

For sites that buy medium voltage electricity, a ratio between the electricity price and the gas price around 2.5 ensure a simple return on investment in approximately 3.5-4 years, with an internal rate of return between 11% and 13% and a positive net present value of approximately 5-5.5 years.

In terms of legislation, in Romania currently there is no bonus scheme in force to promote investments in micro-CHP and, based on information provided by the regulatory authority, it is not estimated that such a scheme will be in force in the immediate future, although there is a proposal sent to the European Commission in this regard.

On the other hand, currently, in Romania there is a regulatory framework, which is not very explicit, but which allowed the installation and functioning of several applications of micro-CHP producing electricity and heat for own consumption of the site, in conditions of energy efficiency and return on investment recommending them to be applied in other sites.

We estimate that, in the near future, regardless of the state of the legal framework for the promotion of investments in micro-CHP, the area will develop thanks to financial returns on investment, if the volumes of electricity and heat generated are consumed almost entirely on the site where the investment was installed.