Acasă » Electricity » Import&Export » The president of the Republic of Moldova, Maia Sandu, pushes for the interconnection of power networks with Romania

The president of the Republic of Moldova, Maia Sandu, pushes for the interconnection of power networks with Romania 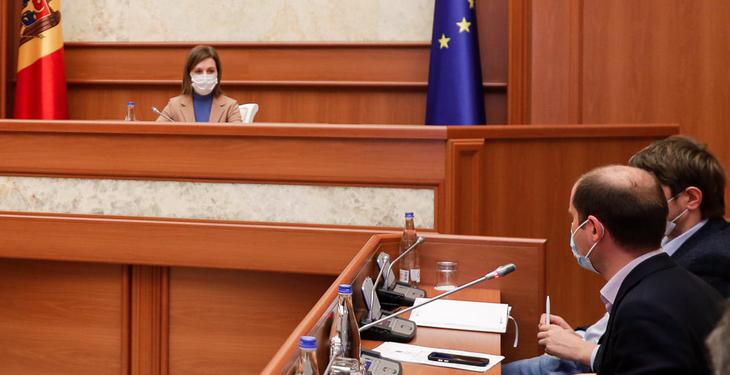 The president of the Republic of Moldova, Maia Sandu, demands the acceleration of the project to interconnect electricity networks with Romania. In a working meeting on April 30, she reminded that the “back-to-back” power station in Vulcanesti and the Vulcanesti-Chisinau power line would have been commissioned in 2019, but work on this project has not even started.

Maia Sandu considers that the interconnection of the energy systems in the two countries is one of the most important development projects for Chisinau, which would solve the problem of electricity dependence from a single source. For three decades, this energy dependency has been exploited by corrupt politicians who have stolen energy consumers through various schemes and put at risk the country’s energy security, says the president of the Republic of Moldova.

“I asked from the responsible institutions – the ministries of Economy and Finance, the State Chancellery, ÎS “Moldelectrica” – for explanations about the project’s delay. According to the Energy interconnection Roadmap approved by the government in 2015, the Vulcanesti back-to-back power station and the Vulcanesti-Chisinau power line were to be put into operation in 2019. We are in 2021, and work has not even started.

In addition, as Parliament has ratified the loan agreements for the financing of the project since 2017, the state pays interest for the servicing of these loans. These are delays that cost us too much.

We have asked that all measures be taken to solve the problems that stand in the way of implementing the project, in order not to admit further delays,” said Maia Sandu, adding that the presidential administration will monitor the way this project is carried out.