Acasă » Electricity » The avalanche of renewables is good, but the Casa Verde program is „a constant pain”

The avalanche of renewables is good, but the Casa Verde program is “a constant pain” 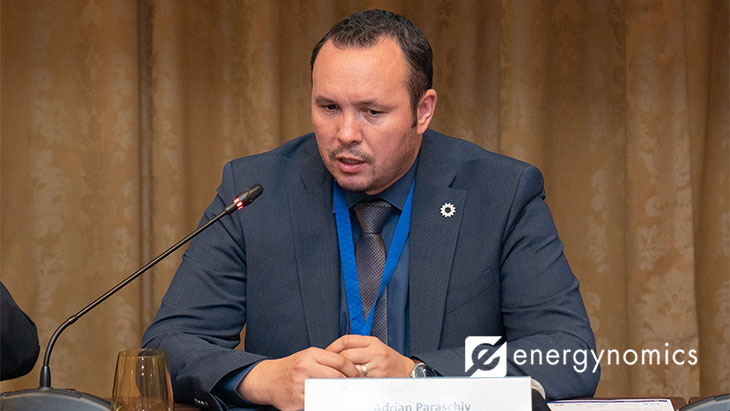 Romania records an avalanche of projects to produce energy from renewable sources, but in less than a year the cost of a photovoltaic system has increased by 20%, and the government’s Casa Verde program is “a constant pain” due to the bureaucracy and the pressure that it puts on solar panel installers, said Adrian Paraschiv, Country Manager of Photomate, during the “Future of utilities – 2022” conference, organized by Energynomics.

“These are times that challenge us to think in the long term about what renewable energy means in terms of its use in everyday life. Each of us is looking for energy security and hence the growing demand for photovoltaic systems because photovoltaic energy is the fastest way to ensure our residential and commercial self-consumption. In Romania, there is an avalanche of renewables, which is not bad at all. To encourage the installation of photovoltaic panels, bureaucracy should be reduced, specifically the flow through which files are approved. The Casa Verde program is a continuous pain in terms of project implementation, starting from the installer to the beneficiary,” said Paraschiv.

According to Paraschiv, this increase in demand could not be foreseen, so now companies that mount and install photovoltaic systems on roofs are put in the position of having quite tight delivery times. On the other hand, settlement terms can reach many months, which puts installers in the position of resorting to bank loans and self-financing their business, and this automatically turns into costs that are transferred to the final beneficiaries, “which comes with reasonable complaints”.

Of the 45,000 files at the Environmental Fund Authority (AFM), which manages the Casa Verde project, almost half have received answers, positive or negative, but the pressure is shifting from the AFM to the installers. “It’s a vicious circle,” says Paraschiv, which could be broken if the way of working were changed and the responsibility for document verification was transferred from the AFM and installers to the beneficiaries.

The cost of a photovoltaic system (including purchase cost, labor, financial costs, etc.) has increased by approximately 20% since December last year, but another factor that puts pressure on medium and low voltage networks is represented by the unbalanced consumption of renewable energy in the residential sector. Even though many citizens have installed photovoltaic panels, and many of them also own electric cars, they do not end up consuming the energy they produce because of their consumption habits. For example, in the residential areas around Bucharest, green energy consumption increases in the evening and during the night, when consumers charge their electric cars, so these prosumers consume energy from the grid, and during the day, although they produce energy with their panels, it does not consume it, but injects it into the system.

“Without investment in strengthening the network and in high-capacity storage, I don’t know how they will cope in the medium and long term. Renewable energy is not the cheapest, but it is not polluting. In order to have energy at a reasonable cost, we should have a mix of absolutely all sources. Photovoltaic energy generated today in Romania covers at most 6% of the national consumption on a good day. This level could increase to 20% if we had more prosumers and high-capacity installations. This is where the problem of the network comes in,” says Paraschiv.

He believes that any large solar projects now in various stages of development will not be able to start delivering power to the system before 2025 because the transmission and distribution networks are “fully loaded”.

“45,000 connections of photovoltaic sources in two years is a lot. We get many complaints from residential customers that the inverter is not working. Why is not it working? Because it increases the grid voltage. At that point, for that beneficiary, his investment is actually a loss. And in this regard, the distribution operators have a very difficult task to calibrate the grids”, said Paraschiv.