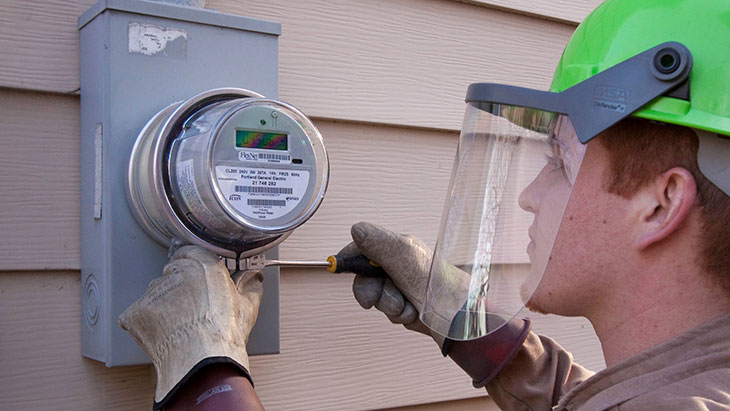 Authorities do not know exactly the buildings that can be the object of aid in the form of offsetting energy bills, and therefore the introduction of smart meters becomes very important, says Niculae Havrileţ, advisor to the Minister of Energy.

“We know this (people who would qualify to offset energy bills, no.), but at the macro level. We know that of the 8 million electricity consumers, about 5 million consume around 1,000 kilowatts per year. The remaining 5 million to 8 million consume more, but we do not know exactly which building will be eligible for aid, which is why it is very important to develop smart metering, the introduction of automatic meters that read automatically and which will also eliminate software anomalies, which led to oversized billing in certain buildings,” said Niculae Havrileţ, in a debate organized by DC News.

The representative of the Ministry of Energy specified that the purchase price of digital meters has decreased a lot, and their lifespan reaches 10 years.

“There is an analysis made at the level of ANRE (…) which showed that, in terms of measuring electricity, smart meters are sustainable in terms of costs, which have also decreased. If 5 years ago a meter smart was priced somewhere at 80 euros, at present it can be purchased for 28-30 euros and with an operating life of 8-10 years, so it is practically not a huge expense,” also said Niculae Havrileţ, according to Agerpres.

The Minister of Energy’s adviser added that some of those electricity bills with disproportionately large amounts sent to customers were addressed to persons who had left the respective buildings for one or more years.

“It has been seen that sometimes these huge bills went to real estate where the owner had been gone for a year or 2 years. It is clear that at the level of the software used for billing there were these billing problems, ie the billing and reading anomalies were not eliminated,” said Niculae Havrileţ.

At the same time, the representative of the Ministry of Energy said that the capping of the energy price at the producers would be an extreme measure, but on the other hand the authorities must consider the danger of relocating some companies that will not bear the increased energy price.

“(…) capping producers would be an extreme measure, which does not bring added value. However, we must take into account the price of energy, which is prohibitive at the level of some consumers, especially industrial consumers, who are in danger of relocation due to the very high price,” Niculae Havrileţ stressed.

The Minister of Energy’s adviser said that the state budget has the capacity to support the compensation measures announced by the Government, because a large percentage of natural gas and electricity producers belong to the state.

“Practically, in Romania, 80% of the electricity production is state production. This additional money registered by energy and natural gas consumers goes to a large extent, to a very large extent, to the state budget. The budget is able to sustain the difference, this compensation between the extremely high market price and the purchasing power, whether we are talking about the industry or we are talking about the household consumer. Money exists, it is very important that it be directed to those with problems in ensuring the consumption of household energy, but also in industry,” said Niculae Havrileţ.