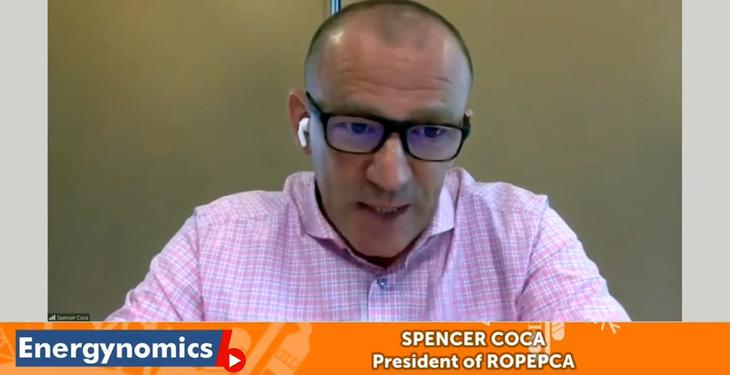 Many companies in the petroleum industry have already embarked or are considering embarking into geothermal developments. Mazarine Energy is among such companies that have an interest for such projects in Romania, said Spencer Coca, president of ROPEPCA, at the conference “Oil&Gas and Geothermal – Transferable skills and technologies”, organized by Energynomics.

I believe Romania can play a really a leading role at least in Europe in the geothermal sector because of having so many wells – Spencer Coca, president of ROPEPCA

”I think that there is absolutely no way that geothermal can be developed on a large scale without the involvement of the petroleum industry and I do believe firmly that this is also the major contribution the petroleum industry can do in the future to really participate in the energy transition towards renewable and sustainable energy sources. Many oil and gas companies have already invested in projects with geothermal capacities. In Canada the projects are at a more advanced stage, while in Romania we are at the beginning of the road. Mazarine Energy is currently the only company that has embarked on a project to repurpose some of the existing oil and gas wells in our portfolio for geothermal energy.

Mazarine, which operates three fields near the Bucharest ring road, will stop oil production and use these fields for geothermal projects. ”We have formed an alliance with a company from the UK, specialized in geothermal new technology that is using closed loop systems with heat pumps that are placed down hole inside the well; you can have a system in place that is functioning based on one single well so you don’t require any more a well for injection and a well for production. We do believe that this is the future because, from a cost perspective, it’s simply far more economic to use such a system than to start drilling injection wells that are very expensive”, he added.

The conference “Oil&Gas and Geothermal – Transferable skills and technologies” was organized by Energynomics, with the support of our partners Chinook Consulting Services și Huawei.

150 people registered on the MyConnector platform to participate in the dialogue.