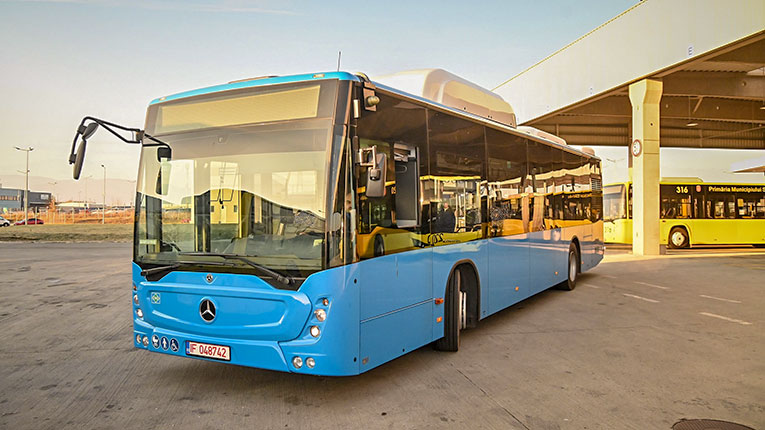 Sibiu City Hall announced on Tuesday evening that it has purchased 40 green buses, one of which has already reached the bus base of the city’s public transport company, Tursib, according to a post on city hall’s Facebook page.

“The 40 ecological buses, recently purchased, are gradually heading to the destination ‘Sibiu, Romania’! The first is already here and is being tested at the Tursib bus station. We are talking about the latest models of buses for public transport, powered by compressed natural gas (CNG), equipped with Mercedes Benz engines, LED monitors on board, air conditioning system and auxiliary heating system, ramp for access for people with disabilities, WiFi and sockets, in each row of seats,” it is shown in the announcement of Sibiu City Hall.

Mayor Astrid Fodor reminded that in the last three years 119 new means of transport have been bought, worth 191 million lei.

“In a period of 3 years we managed to buy 119 new means of transport, through investments from European funds and local resources, in a total value of 191 million lei. The purpose of these planned and coordinated investments was, on one hand, the renewal of the car park, and on the other hand, the increase of the bus traffic frequency and the extension of the public transport routes,” said Astrid Fodor, according to Agerpres.

The bus purchase contract also includes the creation of a mobile application and a system for informing passengers in stations, a modern e-ticketing system and also one for fleet management on routes, according to Sibiu City Hall.