Acasă » Electricity » Săndulescu: The Republic of Moldova has made significant progress, hard work is still needed to change the legislation

Săndulescu: The Republic of Moldova has made significant progress, hard work is still needed to change the legislation 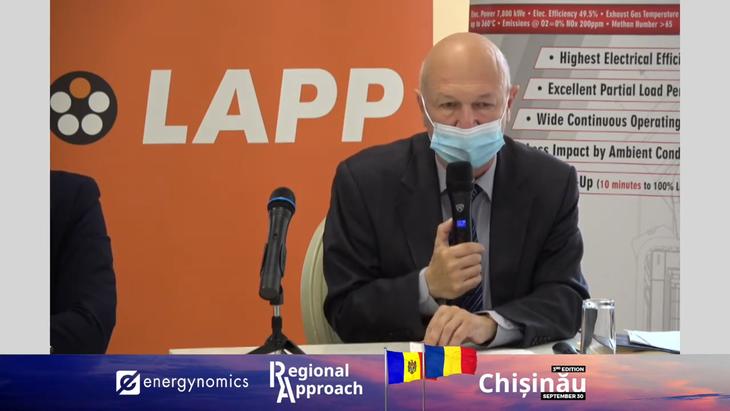 The Republic of Moldova has made significant progress in the field of energy, but “very hard work is still needed to amend energy legislation”, so that certain deficiencies are corrected and the new European Clean Energy Package is transposed and competitive energy markets are created, through creating the electricity market operator, as well as the gas market operator, said Alexandru Săndulescu, High Counselor, Mission of EU High Counselors in the Republic of Moldova, during the event Regional approach: Chisinau 2021, organized by Energynomics.

Package III of the European Union has been transposed into the national legislation of the Republic of Moldova, through the Law on Electricity, the Law on Natural Gas and the Law on Energy, but in terms of implementation there are many things to do, such as the separation of operators from the transportation of electricity and natural gas, he said.

Only Vestmoldtransgaz, the gas transmission operator, is certified, while the other two companies – ModovaTransgaz and Moldelectrica, are in the process of being certified, within a timetable for the separation, he added.

“My position does not represent the position of the European Union, and my role here is to help the Republic of Moldova to fulfill as well as possible the commitments assumed in the Understanding Treaty and in the Association Treaty, regarding the energy sector,” Săndulescu pointed out.

“The three laws will be revised soon, as, on the one hand, a number of shortcomings have been identified in the current versions, and on the other hand, new regulations have emerged at European level, new directives, the Clean Energy Package – which will have to be transposed into the national legislation of the Republic of Moldova”, he added.

The transposition of Package III will also need the adoption of secondary legislation, Săndulescu explained. “However, progress has been made in recent years on the issuance of this secondary legislation. There are other things to be done, namely, urgently, a functional mechanism for balancing will have to be established and discussions are already underway between ANRE(M), Moldelectrica and the Energy Community Secretariat. I am part of these discussions on identifying such a mechanism, given the particularity of the Republic of Moldova, which has a territory – Transnistria, which does not fully apply national legislation”, he said.

The amendment of the electricity law is under discussion, in order to create the possibility of certifying Moldelectrica as a transmission system operator (TSO).

“The Electricity Law will follow. We also have a deficiency due to which an electricity market operator cannot be designated, but that deficiency can be eliminated, so that the new operator can start organizing the DAM and the intra-day market. Finally, the goal will be to connect with the energy markets of neighboring countries – Ukraine and Romania. However, there are also obvious progresses regarding the electricity market – the degree of real openness rose last year to 9.7%”, Săndulescu also stated. In 2019, the degree of openness was 7.4%, and in 2018 – 3.24%, expressed as a percentage of energy consumption. “Now, about 9.7% of electricity consumption is sold through direct negotiations with a number of suppliers other than those with public service obligations,” he said.

At the same time, the Republic of Moldova has already transposed the Union’s legislation on renewables and energy efficiency.

“Regarding the Energy Efficiency Directive, the Republic of Moldova was the first contracting party – so the first signatory in the energy community to make this transposition. These laws will be amended according to the Clean Energy Package for all Europeans, new regulations on energy labeling will follow, a development of the activity of the central electricity supplier will follow, which, as the market develops, must also respond with a professionalization of the activity, with forecasts much more correct regarding the share of renewable resources, and, last but not least, the finalization of the National Energy-Climate Plan”, he added.

At the same time, the energy security in the gas field has been accentuated in recent years by the Iași-Ungheni-Chisinau interconnections, by the reverse flow on the T1 Trans-Balkan route, but also by the addition of the Alexeevca Nordic interconnector, which connects with the transport infrastructure in Ukraine.

“On the electricity side, we currently have two complementary projects – the synchronous interconnection of Ukraine and the Republic of Moldova with the ENTSO-E mainland network, where feasibility studies are already ready – do not seem to be a problem. Regarding the asynchronous back-to-back interconnection in Vulcănești, we have already completed the tender for the continuation of the interconnection line – ie the Vulcănești-Chisinau section. The tenders for the end of the line, the Chisinau station and the back-to-back station from Vulcănești will follow”, Alexandru Săndulescu underlined.

At the same time, the Government of Chisinau has launched in public debate the targets for renewables for 2025. ”The plan will undergo further changes. After we have the Energy Law ready, there will be the organization of tenders for large investment projects in the field of renewable energy”, added Săndulescu.

previousBorosan: Interconnection of the Iasi-Ungheni-Chisinau gas pipeline is of major importance for the Republic of Moldova
nextViolina Șpac: ANRE Moldova has made considerable progress in harmonizing the national framework with the European one