Acasă » Electricity » Violina Șpac: ANRE Moldova has made considerable progress in harmonizing the national framework with the European one

Violina Șpac: ANRE Moldova has made considerable progress in harmonizing the national framework with the European one 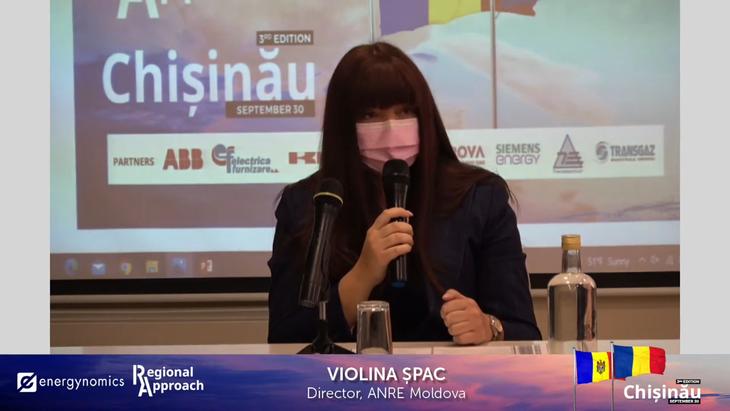 ANRE Moldova has supported numerous activities towards the liberalization of the electricity market and its regional integration, said Violina Șpac, director of the regulatory agency, during the event Regional approach: Chisinau 2021, organized by Energynomics.

”Thus, in the context of infrastructure projects for energy interconnection of the Republic of Moldova with Romania and implicitly with the European Union, ANRE(M) undertook several measures aimed at ensuring the secondary regulatory framework favorable to the implementation of the Energy Package III. At the same time, in order to eliminate legislative barriers and harmonize the national framework with the European one, ANRE has made considerable progress, approving, in a record time, a series of necessary decisions in this regard”, said Violina Șpac.

The transposition of Energy Package III has created the necessary framework for the development of the electricity market, in accordance with the principles of the Community Treaty, in order to create organized markets for electricity. “The rules of the electricity market have been approved, which create those premises necessary for the development of a competitive internal market. I cannot help but notice the importance of approving the Networks Code, which transposed the European Networks Code. We are currently in the process of finalizing and approving amendments to the Networks Code, which seeks to transpose two European Regulations, such as the one establishing a guideline on the operation of the electricity transmission system and the one on balancing system”, she said.

Although not mandatory, the amendments will allow the transmission system operator to organize and manage the electricity market, the balancing process, the imbalance process and the system services market, similar to those in the Union, she explained. “The specific objectives for the period 2020-2030 were and are aiming at consolidating the role of the transit corridor of the Republic of Moldova by building a new interconnection line, connecting to the ENSTO-E system and consolidating the internal electricity transmission network, and, with safety, ensuring the institutional and operational framework for a real competition, the effective opening of the market and the integration of the energy market of the Republic of Moldova with the European Union market”, said Violina Șpac.

At the same time, ANRE approved the new gas market rules that include entry and exit points for both operators, MoldovaTransgaz and VestMoldTransgaz. “MoldovaTransgaz has been designated as the operator and balancing entity,” she explained.

There are 10-year gas network development and investment plans. “Furthermore, ANRE’s objectives on the gas market include monitoring the implementation of network codes, approving entry tariffs and natural gas transmission service, which are in the final phase of examination and establishing balancing rules that will allow the settlement of imbalances,” added Violina Șpac.

previousSăndulescu: The Republic of Moldova has made significant progress, hard work is still needed to change the legislation
nextThe government led by Florin Cîțu was dismissed – the motion of censure initiated by PSD was voted in the Parliament