Romania seeks ways of cooperation with Bulgaria on the energy field 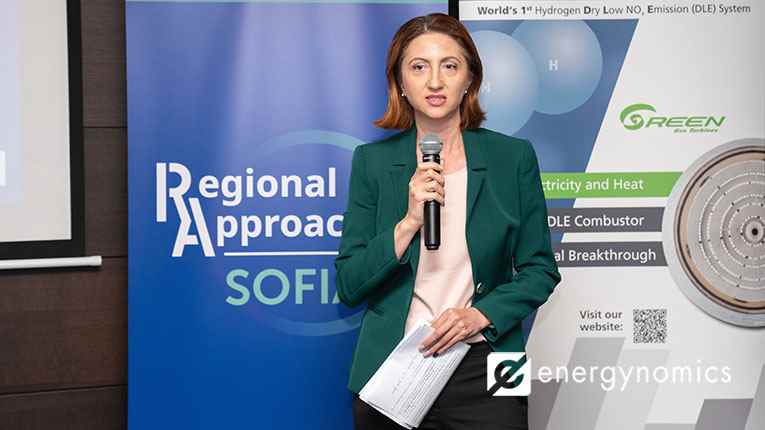 Romania is interested in getting involved in the second phase of the development of the Southern Gas Corridor alongside Bulgaria, as well in other energy projects, such as the Trans-Balkan gas pipeline or offshore wind farm in the Black Sea, aimed to ease the burden caused by the war in Ukraine.

”The war Russian has started in Ukraine should make decoupling of our countries from the Russian sources of energy a necessity and a priority. In this context, the focus is on diversifying the sources and routes of energy”, stated Aurelia Domnițeanu, Minister Counsellor with the Embassy of Romania to the Republic of Bulgaria, at the conference “Regional Approach Sofia – Energy Goes Both Ways”, organized by Energynomics.

She underlined that Romania is one of the countries least dependent on energy imports and is working for maintaining this situation and even improved it by facilitating the extraction of the gas from the Black Sea.

Romania has a 400 million euro plan to decarbonize the gas network by using hydrogen by 2026 and Transgaz is conducting studies the in this direction.

Other fields of cooperation between the two countries could be hydrogen and offshore wind farms, but also the revival of the Trans-Balkan gas pipeline.

”We are watching very closely the development of the interconnector between Greece and Bulgaria. Hopefully, we will have it open on the 1st of October because it represents a crucial piece of infrastructure for this area. It is also a component of the vertical gas corridor which alongside the Romanian-Bulgarian gas interconnector and BRUA will help diversify the energy sources for the SEE and Central Europe”, Domnițeanu added.

On the other, Romania is involved in talks in Brussels about possible measures for the consolidation of the European energy market and for reducing member states’ exposure to external shocks and possible gas shortages.

”All the measures are on the table”, according to Domnițeanu.