Romania and Hungary should increase their collaboration in the energy field 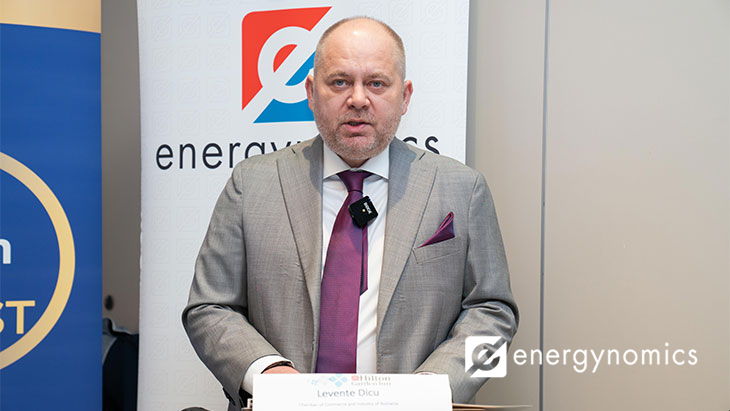 The war in Ukraine pushed EU to accelerate the transition to clean energy to bring an end to the dependence of Russian energy as soon as possible, but also to diversify the energy supplies and increase interconnection between member states’ energy grids. In this regard, for Romania is also important to increase its connections with its neighboring countries, especially with Hungary.

“For Romania is important to increase its connections with its neighboring countries, especially with Hungary, because there is a great potential of collaboration. Only together we can overcome the current difficulties”, Levente Dicu, representative of the Chamber of Commerce and Industry of Romania stated, at the conference “Regional approach Budapest: Cooperation” organised by Energynomics.

He recalled that the EU has gathered around 91% of the gas in storage by mid-October already, while Romania managed to fill its storage capacity by 90%. Also, the share of Russian pipeline gas in EU imports has dropped from 41% to in 2021, to 9% in September 2022.

As a result, Norway and the US have become the main LNG suppliers of the EU, with the LNG being now a key source in supplying the continent and accounting for 32% of EU’s total gas imports. However finding other countries with great potential like Algeria, Qatar and Trinidad Tobago is recommended, according to Levente Dicu.

“This energy crisis is a big challenge for all of us, but we need to admit that challenges actually lead to progress. The new political realities have determined EU member states to reshape and accelerate their energy and climate strategies to save energy, diversify the sources of energy for a better energy security and to increase the share of renewables in the electricity mix among other important measures aiming to enforce their energy security and affordability to avoid any blackouts in the future”, Levente Dicu, representative of the Chamber of Commerce and Industry of Romania stated.

The conference “Regional Approach Budapest – Cooperation” is organized by Energynomics with the support of our partners: ABB România, Kawasaki Gas Turbine Europe, Volt.